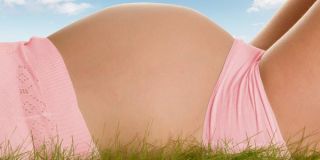 Regular visits to the dentist and good oral hygiene habits such as flossing play an important role for women who are trying to become pregnant, according to a new study finding women with gum disease take an average of 2 months longer to conceive.

Periodontal disease, also known as gum disease, is a chronic infectious illness that occurs when the bacteria in one's mouth creates inflammation around a tooth. As a result, the gums starts to pull away from the tooth, creating spaces called periodontal pockets that become infected. The inflammation caused by the infection can spread into the circulatory system.

Previous studies have linked gum disease with type 2 diabetes, heart disease, respiratory and kidney disease, and problems in pregnancy such as miscarriage and premature birth. This is the first time, however, that fertility experts have shown that gum disease affects the time it takes a woman to become pregnant. [7 Devastating Infectious Diseases]

After monitoring a group of 3,737 pregnant women who were taking part in a Western Australian study called the SMILE study, researcher from the University of Western Australia analyzed the pregnancy planning and outcome information of 3,416 of the women.

"Our data suggest that the presence of periodontal disease is a modifiable risk factor, which can increase a woman's time to conception, particularly for non-Caucasians," said Hart, who is also the medical director of the Fertility Specialists of Western Australia. "It exerts a negative influence on fertility that is of the same order of magnitude as obesity."

The researchers recommend that women who are considering becoming pregnant consult with their dentist to make sure that they do not have any gum disease. About 10 percent of the population has severe gum disease, which can be prevented with flossing and regular brushing.

The study's findings, which were published in the December 2009 issue of the journal Obstetrics and Gynecology, were presented today (July 5) at the annual meeting of the European Society of Human Reproduction and Embryology.