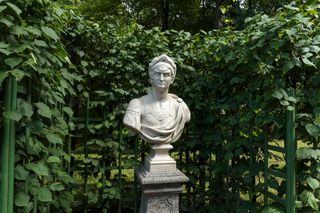 Some of history's most infamous killers managed to evade prosecution for years. This was particularly true of Osama bin Laden, the terrorist who avoided U.S. military forces for decades before he was found in a Pakistani community.

The fifth Roman emperor, Nero was known for having followers of Christianity burned in his garden at night to create a source of light, and he even had his own mother put to death. In A.D. 64, a great fire ravaged most of Rome, and rumors spread that Nero had set it on purpose so he could reconstruct the city in the Greek style he favored.

Following several rebellions, Nero was dethroned and declared a public enemy by the Roman Senate. He fled and hid south of Rome. As soldiers closed in on his villa, he committed suicide by stabbing himself in the throat. 4 - Pol Pot (1925 - 98)

The leader of the Khmer Rouge and the prime minister of Cambodia from 1976 to 1979, Pol Pot imposed his vision of communism onto the people of Cambodia, forcing citizens into slave labor and killing an estimated 2 million of them in the process. He ordered mass executions in sites known as "killing fields," where those who were slain were then dumped into mass graves. After fleeing to Thailand in 1985, and then to China, Pol Pot was finally ordered in 1997 to stand trial for one of his numerous killings. He reportedly died of heart failure in 1998 while under house arrest, but some believe that he committed suicide to avoid being held accountable for his atrocities.

Adolf Hitler was the chancellor of Germany in 1933 and its "fuhrer," or leader, from 1934 until 1945. During his rule, Hitler ordered that tens of millions of people be put to death based on their religious beliefs, appearance or sexual orientation.

On April 30, 1945, as Soviet troops approached his office in Berlin, Hitler committed suicide by biting into a cyanide capsule and shooting himself.

Iraq's ruthless dictator from 1979 until 2003, Saddam Hussein used fear and terror to stay in power. He used chemical weapons against Kurds within Iraq and gassed about 5,000 people in the northern Iraq town of Halabja 1988. Saddam ordered Iraqi troops to take over the country of Kuwait in 1990, setting off the Persian Gulf War, in which U.S. troops repelled the Iraqis.

Saddam fled Baghdad after the United States attacked Iraq in March 2003. He was located Dec. 13, 2003, hiding in a hole in a building in al-Dwar, near his family hometown of Tikrit. Saddam was tried, sentenced to death and, on Dec. 30, 2006, hanged.

Osama bin Laden was the founder and leader of the jihadist organization al-Qaida, a global terrorist network largely believed to be responsible for the September 11, 2001 attacks on the United States and many other mass-casualty attacks against civilian and military targets.

Both Bill Clinton and George W. Bush attempted to capture bin Laden during their presidencies, and President Barack Obama announced May 2 that the terrorist leader was dead. Bin Laden was found hiding in a compound in Abbottabad, Pakistan. On May 1, a small team of American forces engaged in a firefight against the compound, killing bin Laden and taking possession of his body, which was later reported buried at sea.