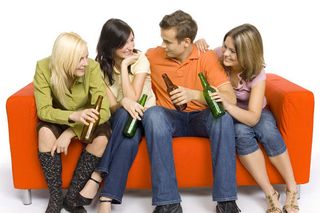 Generation Y is taking longer to reach "adulthood", but they will get there eventually.
(Image: © Dreamstime )

Generation Y is often thought of as a slacker group of young adults who have failed to launch, delaying real careers and families until later in life. But new research suggests their heavy dependence on Mom and Dad might ultimately prepare them to be successful adults.

Specifically, the study found this generation of "emerging adults" turns to parental support in times of difficultly and as a way to advance their careers in a job market geared toward the highly educated, though most are weaned from such support by their early 30s.

"On a general level, people have concerns about young adults being more dependent than their parents' or grandparents' generations," said researcher Teresa Swartz of the University of Minnesota.

In the mid-20th century, most parents could safely assume their children would be full-fledged adults by their mid 20s, economically stable with their own homes and families. Five decades later, half of twentysomethings are still supported by their parents in some capacity at age 24, the study shows.

"People know that it is a challenge to be a young adult and start off your adult life today," Swartz said. "It's taking longer to find their job and move out of their parental home."

A 2009 survey by the Pew Research Center found that 13 percent of parents with grown children say an adult son or daughter had moved back home over the past year for various reasons, including the recession, with most so-called "boomerangers" in the 18 to 34 age group.

The new data came from the Youth Development Study, a survey of young adults. The study has followed a group of ninth-grade students enrolled in St. Paul, Minn., public schools in the fall of 1987; the students and their parents filled out questionnaires every year or two. Swartz analyzed data from 1997, when the participants were 24 years old, through 2005, when they turned 32.

"We were interested in this older period of young adulthood," Swartz told LiveScience. "What defines this giving? Why do they give?"

Most of these parentally dependent twentysomethings have launched into adulthood by their 30s, only about 15 percent still receiving aid of some kind from their parents, the results showed.

Much of this parental support can be thought of in terms of scaffolding, "to build the autonomy or independence of their young adult children," Swartz said. "Parents were more likely to give if the young adult was engaged in building their skills or educational potential, so they would be more marketable when they enter the job market."

In an economy that is more and more dependent on a highly educated work force, the extra years spent attaining higher-level degrees or pursuing low-paid internships and part-time employment can add much to advance a young adult's career, she said.

"With the current recession, people are realizing it's not a matter of discipline or maturity, it's more a matter of labor and housing market. It's quite different than their grandparents' generation," Swartz said. "But, young people eventually get there."

Parents also gave in times of their adult children's need, such as during unemployment, divorce or death of a spouse, stepping in to act as a safety net in times of trouble. This aid often came in the form of housing support, opening the doors of their homes to their young adult children.

The study was published in the April 2011 issue of the Journal of Marriage and Family.