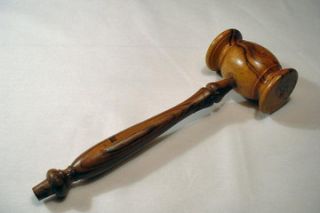 The insanity defense is used less often than you might think, and it may have worse consequences than a guilty plea.

Dutchman Joran van der Sloot, the main suspect in the disappearance of American teenager Natalee Holloway, was arrested in Chile last May in Peru, where he allegedly murdered a young woman named Stephany Flores Ramirez in a casino hotel room in the capital city of Lima. Peruvian authorities reported that van der Sloot admitted killing Ramirez, though he later claimed that his confession was false and had been coerced.

Van der Sloot has apparently changed his mind about the confession, and according to his lawyer will argue that he was temporarily insane. In American jurisprudence, defendants are judged by the M’Naughten rule, which states that in order for a person to be judged insane, he or she must not have known that what they were doing was wrong (or not have known what they were doing in the first place, right or wrong).

Though the public often perceives a "temporary insanity" defense as little more than a legal loophole that lets criminals walk away, that's not quite the case. The fact is that the insanity defense is very rarely even tried as a defense (an estimated 1 percent of the time), and when it is used, it is successful in only about one out of four instances. Furthermore, when the person is found not guilty by reason of insanity the defendant is not set free but instead confined to a mental institution instead of a prison.

John Hinckley, Jr., who shot President Ronald Reagan and six others in 1981 and is perhaps the world's most notorious successful insanity defense case, has been confined to a psychiatric facility since 1982. Ironically, depending on when and if Hinckley is released, he may actually have spent more time confined than if he had been found guilty and served his sentence in prison.

Van der Sloot's defense is somewhat different under Peruvian law. He claims that he did not intend to kill Ms. Ramirez, but that he was blinded by temporary and uncontrollable insanity upon discovering that she had learned of his connection to Natalee Holloway (whose 2005 disappearance he claims to know nothing about). Despite the efforts of countless searchers and psychics, police closed the Holloway case after two and a half years without finding Holloway or charging anyone in her disappearance. By invoking the insanity defense, Van der Sloot hopes to have his potential sentence reduced from a possible 15 to 35 years down to three to five years.