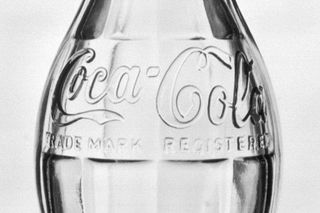 While preparing for an episode of This American Life that aired Feb. 11, the radio show's producers stumbled upon what appears to be the secret recipe for Coca-Cola, printed in a 1979 issue of the Atlanta-Journal Constitution. For 125 years, The Coca-Cola Company has tried its best to keep Coke's formula shrouded in mystery, especially when it comes to the ingredients of what it calls the drink's "secret 7X flavor."

A company spokesperson told Life's Little Mysteries that This American Life did not manage to concoct "the real thing", and that the secret recipe is still safe. At least one Coke historian says, however, that yes, this is an authentic recipe for Coke — just not the one you enjoy today.

Life's Little Mysteries spoke with Mark Pendergrast, historian and author of "For God, Country, and Coca-Cola: The Definitive History of the Great American Soft Drink and the Company that Makes It" (Basic Books 2000), to discuss the recipe leak.

Pendergrast believes that this new find is real — but also says it's really no big deal. "I think it's kind of funny that suddenly there's this big flap over this when I found the formula in Coca-Cola inventor John Pemberton's papers and published it in the first edition of my book in 1993," Pendergrast told us. "This recipe is very similar to the one I found, so I do think it's probably authentic." But that doesn't mean Coca-Cola's current manufacturing secrets are out. "It's not the recipe of the drink they're selling now. The original formula has been changed."

For one thing, The Coca-Cola Company has used high-fructose corn syrup rather than sugar in the American version of its soft drink since 1985. That was the year it scrapped the "New Coke" formula— which spent only a few months on the market after the company was flooded by consumer protests — and reverted to a recipe similar to the one it had used up until 1985 (except switching the sweetener to corn syrup).

According to Pendergrast, current Coca-Cola Classic is also made with phosphoric acid instead of citric acid – another change not reflected in the leaked recipe. Small tweaks, yes, but they produce a drink that isn't quite right by today's standards.

The evolution of Coca-Cola

Furthermore, even the recipe printed in 1979 (which was written down sometime before that) corresponds to a modified version of Coke. Pemberton's original Coca-Cola drink, which he formulated shortly after returning home from the Civil War and called Pemberton's French Coca Wine, was medicinal. "It was originally a knock-off of Vin Mariani, a French coca wine that was considered to be a 'nerve tonic' and to have very beneficial effects," said Pendergrast. Originally, both Vin Mariani and Coca-Cola were alcoholic, and both contained cocaine.

But in 1886, Pemberton's hometown of Atlanta enacted prohibition legislation. "Pemberton thought they weren't going to continue to allow the sale of French coca wine, so he worked on trying to modify it and take the alcohol out of it," Pendergast said. "That made it really bitter, so he had to add a lot of sugar to compensate."

(In case you were wondering, the alcohol still listed as an ingredient in the leaked recipe "just helps blend the essential oils together and doesn't get through to the final product," according to Pendergrast.)

A few years after alcohol got the sack, public opinion shifted on the safety of cocaine. Pemberton started "de-cocainizing" coca leaves before using them in his drink – a manufacturing step still taken today. "The cocaine gets removed from the leaves at Stepan Chemical Company plants, then is either destroyed or used for medical research," said Pendergrast.

When a man named Asa Candler took over the company from John Pemberton in the 1890s, he also decreased the amount of caffeine in Coke, and varied the amount of sweetener, further altering the soda's taste.

A Coke by any other name

What Coke version, then, is "The Real Thing"? Is it the alcoholic beverage steeped in cocaine that Pemberton originally formulated in the late 1800s, which was itself a rip-off of an earlier version of French coca wine? Is it the alcohol-free, sugary drink Pemberton later formulated to be sold in dry counties in Georgia? Is it Coke with citric acid, phosphoric acid, sugar or corn syrup? Is it de-cocainized, or not?

Who cares, said Pendergrast. "Even if you tried to make 'The Real Thing' now, it wouldn't make any difference. Why would anyone go out of their way to buy a fake Coca-Cola that would cost more than the cheaply manufactured real ones?"

The real secret of Coca-Cola, he explained, isn't a secret at all: It is its advertising, economies of scale, marketing and distribution. It's a brand.

This story was provided by Life’s Little Mysteries, a sister site of LiveScience. Follow Natalie Wolchover on Twitter @nattyover.