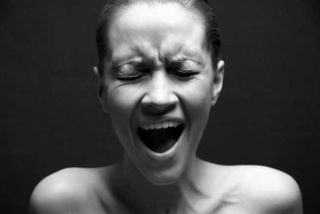 After an evening of watching true crime shows such as ABC's "Primetime" or Discovery's "The New Detectives," do you find yourself jumping at shadows and checking the closets for serial killers? If so, you're not alone, according to a new study that finds a link between watching crime documentaries and fear of victimization.

"Law and Order" aficionados, on the other hand, aren't any more likely than the average person to fear being the victim of a crime. But they are more likely to support the death penalty, study researcher Lisa Kort-Butler, a sociologist at the University of Nebraska, Lincoln, told LiveScience.

"If you watch these shows, they do an excellent job of really making it personal and making it seem like this is anybody's town, this is anybody's family," Kort-Butler said of crime documentaries. That may be why those shows, as opposed to fictionalized shows, are tied to fear, she said.

"The realism in the nonfiction-type shows, I think, influences how people perceive their own risk for crime," Kort-Butler said.

The study is correlational, meaning that it can't prove that watching the shows causes the fear. What's most likely, Kort-Butler said, is that people with a tendency to be frightened about crime are drawn to true-crime shows — which then reinforce their fears.

Most people get the majority of their exposure to crime through the media, so many researchers have looked at how TV-viewing habits influence fear of crime. These studies have turned up mixed results, with some finding a connection and others failing to uncover a link. Some factors that seem to be involved are the violence portrayed and the proximity of the crime to the viewer, Kort-Butler and her co-author reported in the 2011 winter issue of the journal The Sociological Quarterly.

But most studies have focused on news shows and fictionalized courtroom and crime drama, Kort-Butler said. She wanted to know how the proliferation of true crime documentaries might affect fear. So the researchers collected data from the Nebraska Annual Social Indicators Survey, a random sample of about 800 Nebraskans. In phone interviews, these Nebraskans were asked how much crime-related TV they watched and how frightened they were of the prospect of being targeted themselves. They were also asked about how often they watched local and national news.

The researchers controlled for demographic factors such as age, race and education. They also controlled for whether people had been crime victims in the past. Past victims tend to hold more fear of becoming crime victims again than the average person, Kort-Butler said.

News shows and fictionalized programs weren't associated with fear, the researchers found. But the documentaries, which often include reenactments of real crimes, were linked with slightly higher levels of fear and a slight decrease in trust in the criminal justice system. That may be because of the way the shows portray the search for a criminal, Kort-Butler said. The effect was small – these shows aren't going to leave you "cowering in your house," Kort-Bulter said – but it was statistically significant.

"The way the shows' narratives progress, they make the police not necessarily seem incompetent, but always one step behind," Kort-Butler said. "It may seem like the police in those kinds of shows aren't as able to get the job done and get it done as efficiently as the police on 'Law and Order.'"

But viewers of "Law and Order," "CSI," or other fictional crime dramas have some distinguishing characteristics of their own, Kort-Butler found. For every extra day each week spent watching fictionalized crime shows, survey respondents were 11 percent more likely to say they supported the death penalty. Whether or not TV viewing contributed to these beliefs isn't known, but the black-and-white good guy-versus-bad guy narratives on fictionalized crime shows tend to mesh well with support for capital punishment, Kort-Butler said.

"People who are perhaps more supportive [of the death penalty] to start with are also watching these kinds of programs, and that's why we say it reinforces their attitudes," she said.

News programs had no effect on fear, though people who watched a lot of local news were more likely to say they thought the local crime rate was increasing.

Kort-Butler said similar results are likely outside of Nebraska, though she added that the state is a unique place to do crime perception studies because it has a very low rate of crime.

"We know people aren't walking out of their houses and being exposed to a lot of crime like they might be in states with large populations and large cities," she said,