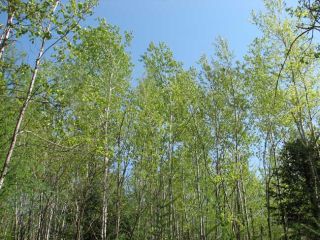 It's an Internet rumor that is spreading, appropriately enough, like wildfire: Wi-Fi signals can make trees and other plants sick, causing cracks in their bark and killing off portions of their leaves.

The outlandish claim, supposedly based on a Dutch study, cropped up late last week and has since been repeated in countless blog posts.

In response, the Dutch government's Antenna Agency, which provides information on the health effects of electromagnetic fields, has issued a statement urging caution on the unpublished, unverified and otherwise very preliminary findings.

As rendered via Google Translate, the Antenna Agency wrote (with a few [sics]): "Based on the information now available can not be concluded that the WiFi radio signals leads to damage to trees or other plants."

Wi-Fi signals wirelessly connect computers and other devices to the Internet. The radio signals are similar to that employed by other, decades-old technologies such as television and cell phones, said Marvin Ziskin, a professor of radiology and medical physics at Temple University.

"Stuff like this has been around a long time . . . there's nothing new about Wi-Fi emissions," said Ziskin. "Scientifically there's no evidence to support that these signals are a cause for concern."

According to a writeup on the municipality's website, the work was apparently commissioned with an eye toward the increasing number of sources of electromagnetic radiation in the region, such as cell phone tower masts.

In lab tests, leaves placed for a few months near six radiation sources emitting radio waves in the 2.4 gigahertz range common for Wi-Fi and other wireless communications became discolored and showed a "metallic luster appearance . . . followed by desiccation and death of a portion of the leaf," the website said. Other reports have said that corn cobs exposed to such conditions grew more slowly than expected.

The Antenna Agency statement suggests that the researcher involved has backed away from the reported findings and has not succeeded in repeating them (pardon the translation): "The researcher from Wageningen University indicates that these are initial results and that has not been confirmed in a repeat survey. He warns strongly that there are no far-reaching conclusions from its results."

More than 60 studies have looked into the impact that electromagnetic mobile communications signals might have on plants, according to an initial review by the Antenna Agency. Some studies did find detrimental effects, though likely as a result of signal intensities being high (and close) enough to cause heat damage – not the situation in real life with disparate sources of Wi-Fi signals.

Overall, the alarm raised by the coverage of the tenuous Dutch findings is not unexpected, Ziskin said, as health issues (primarily in humans and other animals, such as honey bees, not vegetation) have frequently been attributed to wireless radio signals and other low-level radiation. [Read: "Mad As Hell: Airport Security Screening Protests Mount"]

"There's an awful lot of misinformation and fear on this topic," Ziskin told TechNewsDaily. "Anyone can drum up things like this to be worried about."