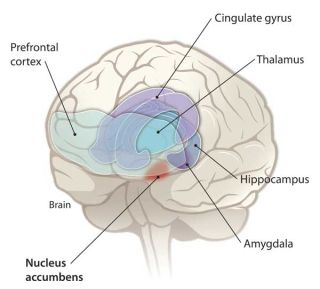 A gene therapy treatment that cures mice of depression-like symptoms could be the key to treating the blues in humans, according to a new study. The treatment, which is now being tested in primates, could be approved for human clinical trials in as little as two years if all goes well.

Gene therapy is a method of treating disease by inserting functional genes into cells or tissues where broken or mutated genes are causing problems. While gene therapy is still experimental, it's been successful in curing monkeys of color-blindness and has also shown success in early trials treating human blindness, cancer and a rare fatal brain disease called adrenoleukodystrophy. However, gene therapy has yet to be used in treating human psychiatric disorders.

The current study, published Oct. 20 in the journal Science Translational Medicine, focuses on a protein called p11. This protein is important for the functioning of the neurotransmitter serotonin, which, in turn, plays a role in depression. [Related: Depression: Causes, Symptoms and Treatments]

Mice without the gene that produces p11 had previously been shown to act depressed, study coauthor Michael Kaplitt, a professor of neurological surgery at Weill Cornell Medical College in New York City, told LiveScience. For mice, that means minimal interest in treats like sugar water and a lack of motivation to get out of scary situations like being held by the tail.

What researchers didn't know was whether these mice acted this way because being without the gene from the embryo stage had stunted their development, or whether p11 remains important in the adult brain.

"Our goal was first to show that p11 matters in the brain to normal adult brain function and secondly, to try to identify the part of the brain where it matters," said Kaplitt, who cofounded and consults for Neurologix, a company that has licensed the rights to a patent owned by Cornell University on p11 gene therapy.

Using a harmless virus as a carrier, the researchers injected a snippet of ribonucleic acid (RNA), which is similar to DNA, into the brains of normal mice. The RNA blocked the expression of a gene that's critical for making p11, effectively shutting down p11 production in the areas of injection.

That answered the questions of whether and where p11 was important. Next, the researchers investigated whether gene therapy could fix a p11-deficient mouse. For this experiment, the team used a different set of mice that lacked the protein altogether. Then they injected a p11 repair gene into the nucleus accumbens of each mouse. The animals' disinterested, unmotivated behavior entirely reversed. Suddenly, their behavior switched to that of  normal wild mice.

"With the one spot, we completely normalized these depressive behaviors," Kaplitt said.

In the final segment of the study, the researchers investigated whether p11 plays a similar role in human brains as it does in mouse brains. The research team compared the brains of 17 deceased people who had depression with the brains of 17 deceased people without the disorder. After controlling for age and sex, the researchers found that the nucleus accumbens of depressed people had lower levels of p11 protein than non-depressed counterparts.

"That suggests that human depression is associated with low levels of p11 in the brain," Kaplitt said. "If we can fix that with gene therapy, we can reverse it."

Other genes have been found to play a role in depression, and p11 is just one factor, Kaplitt said. However, the protein is a particularly appealing target for therapy because of its role in the brain. P11 "acts almost like a tugboat," Kaplitt said, bringing an important serotonin receptor to the surface of the cell where it can interact with the neurotransmitter. Without p11, brain cells don't respond to serotonin properly. Because p11's role is so specialized, tweaking its levels is less likely to lead to the resistance or side effects seen in other types of treatments, Kaplitt said.

"As a first attempt to demonstrate the feasibility of this approach, it's a very exciting one," Irwin Lucki, a professor of psychiatry and pharmacology at the University of Pennsylvania School of Medicine, told LiveScience. Lucki, who was not involved in the study, said that to be successful, gene therapy would have to prove better than selective serotonin reuptake inhibitors, or SSRIs, the current standard medicine used to treat depression.

"We need to determine whether a treatment like this would actually help people who are treatment-resistant," Lucki said. "And they may be the hardest to treat."

A similar gene therapy trial on 45 patients with the neurological disease Parkinson's recently wrapped up, and the data are now being prepared for publication. The lessons learned from that study should help the research team get approval for clinical trials of gene therapy and depression over the next several years, Kaplitt said.

"What's really exciting to us here is that not only does this point the way toward a potential new therapy for depression, but it also provides new evidence that psychiatric diseases like depression are not dissimilar to other types of neurological disorders," Kaplitt said. "These are all ultimately brain diseases."