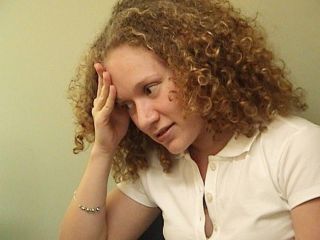 It's always nice to have a friend's shoulder to lean on when life gets tough. But a study has found that too much commiserating can be stressful.

Female friends who dwell on each other's problems show a spike in the stress hormone cortisol and an increase in activity of the sympathetic nervous system, the system responsible for the fight-or-flight response, the study found.

Talking over problems without dwelling on them resulted in no such spike, suggesting that compassionate conversation is helpful — when done right.

"Too much of a good thing is a bad thing," study researcher Jennifer Byrd-Craven, an Oklahoma State University psychologist, told LiveScience. "Really focusing on negative feelings is probably bad overall for your physical health as well as your psychological health."

Studies on chronic stress have linked worry to high blood pressure, lowered immune response, and increased abdominal fat, which in turn is associated with heart disease and stroke.

Byrd-Craven reported the results online Oct. 27 in the Journal of Social and Personal Relationships.

Earlier studies had shown that excessively rehashing problems with friends — a phenomenon called "co-ruminating" — seemed to make people more anxious even as it brought the friends closer together. To investigate this paradox, Byrd-Craven recruited 44 pairs of college-age female friends. (Women, accordant with stereotype, are more likely to co-ruminate than men, Byrd-Craven said.)

The women completed questionnaires designed to reveal their temperaments and problem-solving styles. Then the friend pairs were asked either to sit and discuss problems or to work together to plan a community recreation center. The center-planning task was a control so the researchers could compare problem-talking with a more neutral interaction.

Before and after the tasks, the women gave saliva samples to measure levels of cortisol and salivary alpha-amylase, a compound that signals the activation of the sympathetic nervous system.

The women who planned the community center showed no stress response, and neither did women whose natural problem-discussing style focused on solutions. But friend pairs who ruminated on their problems, discussing them without any resolution, showed an increase in both cortisol and salivary alpha-amylase.

The study looked only at the short term, so researchers don't know how co-ruminating affects health over the long term. But preliminary evidence suggests the answer won't be a positive one.

"Other studies have shown that dual stress system activity is related to the highest risk for internalizing symptoms," Byrd-Craven said. "So, depression and anxiety."

One odd upside to co-rumination is that women who do it report being closer to their friends, Byrd-Craven said. The next step is to look at how the women and their friendships fare in the long term, and to see whether people can learn to talk about problems in a more effective way, she said.

"These friends seem to get together specifically for this purpose and tend to do this every time they see each other," Byrd-Craven said. "It's sort of like a shared interest."