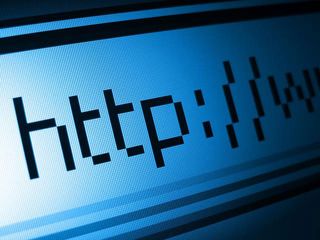 Women tend to rate themselves significantly less competent at navigating the Internet compared to how men rate themselves. But in reality, both sexes are equally skilled given similar experience and education levels, a new study finds.

“Not a single woman among all our female study subjects called herself an 'expert' user, while not a single male ranked himself as a complete novice or ‘not at all skilled,’” explained study team member Eszter Hargittai, a sociologist at Northwestern University.

Level of education, age and experience with the Internet were all factors that contributed to actual Web savvy among the test subjects. Controlling for these factors, however, the researchers found that gender was not a factor.

The findings are similar to other ways in which women rate themselves low in science and math abilities.

“In those areas, too, the lower perceptions women hold about their own abilities often don’t translate into actual competence disparities,” Hargittai said.

"If, as we found, the women in our study view themselves as less skilled than do men despite essentially equivalent skills, then women may be less likely to take advantage of the kinds of online content that could enrich or broaden their lives, whether it’s enrolling in an online class or finding up-to-date consumer information," Hargittai said.

Other research shows that women are now as likely to use the Internet as men, but they use if for different purposes. Women also have different design tastes, preferring sites with more color.

The new study involved observing 100 people in New Jersey as they were tasked to find information and sites on the Web. The subjects ranged in age from 18 and 81 and included white- and blue-collar workers and the unemployed.

The tasks ranged from easy (94 percent were able to find a certain museum online) to hard (fewer than 60 percent could find a Web site comparing the abortion positions of different candidates in the 2000 presidential election).

The initial study was done in 2001 and 2002, but Hargittai re-interviewed the subjects this spring and found the same divergent trend remained.

The results, announced today, are published in the latest issue of the journal Social Science Quarterly.