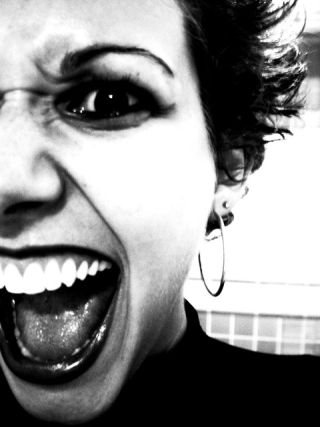 Photo taken by Ingrid MÃ¼ller. There are no usage restrictions for this photo

Women enjoy free time less than men, a new study finds. And it's getting worse.

The results suggest that mothers in particular feel the pressures of children and housework even when they have time to kick back, said Liana Sayer, co-author of the study and assistant professor of sociology at Ohio State University.

"The meaning of free time for men's and women's lives are quite different," Sayer said. "Especially for wives and mothers, it appears free time is still combined with other activities or responsibilities."

The study, released today, was based on two national surveys, one in the mid-1970s involving 708 people and another in the late 1990s with 1,151 participants.

Study subjects kept diaries on how they spent a specific 24-hour period. Free time was measured as time not spent at paid work, household chores, child care, or personal tasks such as eating, grooming and sleeping. Participants were also asked how often they felt rushed during a typical day—never, sometimes or always.

Workload increased for women between 1975 and 1998, especially in comparison to men, the comparison showed.

In 1975, women and men had similar amounts of free time, but by 1998 a 30-minute per day gender gap had opened, with women having less leisure time than men.

"Women worked more hours in paid employment in 1998 than they did in 1975," Sayer said. "The amount of time they spend in household labor declined during that period, but not enough to offset the increase in paid work hours."

The odds of feeling sometimes or always rushed were more than twice as high for married women with children than it was for single, childless women. But men who were married and had children didn't feel more rushed than single, childless men.

Sayer said other research suggests women still feel more responsible for taking care of children and housework, even if men are pitching in more than they once did.

The results will be detailed in the February issue of the Journal of Marriage and Family.