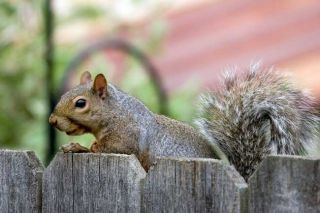 Housing developments create a smaller footprint on the environment if they're located away from ecologically sensitive areas such as lakeshores, according to new research.

In recent years, environmental proponents have touted cluster developments—houses on smaller lots with a shared open space—over the typical sprawl that spread in the United States after World War II when more people started to migrate to the suburbs. But a new study, detailed in the journal Ecological Applications last month, shows that while cluster developments are easier on the environment than dispersed developments, location is just as important.

"We were very much surprised by our findings," said study co-author Volker Radeloff of the University of Wisconsin-Madison. "We knew before how many houses had been built over the last 60 years in our study area (Northern Wisconsin). We thus expected to see a strong increase in habitat fragmentation due to houses. Relatively speaking, this was not the case. Yes, fragmentation due to houses increased, but at a much lower rate than expected."

That was good news to the researchers. And the reason for this finding was that houses were highly clustered.

"The bad news is that houses were highly clustered along lakeshores, and these represent very sensitive and important habitats," Radeloff told LiveScience. "Our main conclusion is thus, that clustering is good, but it is equally important to decide where to place the clusters and to avoid critical habitats."

Radeloff and colleagues looked at housing patterns in Northern Wisconsin from 1937 to 1999. They determined the environmental impact of cluster developments by mapping more than 27,000 houses based on aerial photographs.

Developments begin to impact the environment when construction starts and continues for years after. During the building phase, natural vegetation is disturbed, often causing soil erosion, and habitat is lost and frequently fragmented. Wildlife is also displaced and restricted by the new man-made features.

Researchers found that in their study area habitat loss was up to 60 percent in deciduous forests and lowest in wetlands, and that houses were strongly clustered alongside lakeshores.

"People and wildlife are often drawn to the same places and that exacerbates the environmental effects of houses," Radeloff said. "Some areas are going to be more important to avoid than others because of their conservation value. High-density development in areas such as lakeshores means degrading habitat we prize for its scenic and recreational value."

As far as environmental impact is concerned, infill development—building in vacant areas of urban settings—would be best, Radeloff said.