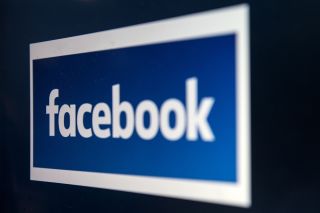 The dead could outnumber the living on Facebook by 2070, and the social media site could be a virtual crypt by the end of the century.

Depending on the rate of the site's growth, the number of dead Facebook users could range from 1.4 billion to 4.9 billion by 2100, according to new research. Many of these zombie profiles will come from India, due to the country's large population, and the United States, because of its prevalence of Facebook use.

"These statistics give rise to new and difficult questions around who has the right to all this data, how should it be managed in the best interests of the families and friends of the deceased and its use by future historians to understand the past," study leader Carl Öhman, a doctoral candidate at the Oxford Internet Institute at the University of Oxford, said in a statement. [After Death: 8 Burial Alternatives That Are Going Mainstream]

Facebook is the largest social media network in the world. As of March 2019, the company claimed 2.38 billion users who had logged in at least once in the past month (1.56 billion had logged in daily). Öhman and his co-author David Watson, also of the Oxford Internet Institute, used Facebook data from the end of 2018, which put the number of monthly active users at 1.43 billion. This data included nationality and self-reported user ages.

The researchers then extrapolated the death rate of those users, based on United Nations mortality data. They found more than 500 million will be dead by 2060, and 1 billion will be gone by 2079. By 2100, 98 percent of today's monthly active users will be dead. [What Are Your Odds of Dying from These 'Killers'?]

Those numbers assume no new user growth after 2018, which is unrealistic; the company already claims that more have signed on. To pinpoint the other extreme, the researchers assumed a scenario in which Facebook grows by 13 percent each year until everyone in the world is on the site. More living users mean, eventually, more dead users. Under those assumptions, Facebook is littered with the virtual gravestones of 4.9 billion people by 2100. In that scenario, the dead won't outnumber the living until the early part of the 22nd century, however.

History in the making

Both scenarios are implausible, the researchers noted in their report on the data, published April 27 in the journal Big Data & Society. The real number of dead users will likely fall between those two extremes. (The numbers also don't take into account the number of users who have already died.)

In the scenario in which Facebook extends into every corner of the globe, however, the largest proportion of dead profiles (16%) will come from India, a side effect of that country's large population. Nigeria follows with 6%, then Indonesia and Pakistan with 4% and 3.6%, respectively. The United States is the only Western nation in the top 10, coming in at no. 7 with 2.3% of total zombie profiles.

"The management of our digital remains will eventually affect everyone who uses social media, since all of us will one day pass away and leave our data behind," Öhman said. "But the totality of the deceased user profiles also amounts to something larger than the sum of its parts. It is, or will at least become, part of our global digital heritage."

Other social media sites will face the same conundrums, the researchers noted. The profiles will represent a source of historical information unprecedented in human history, Watson said in the statement.

"Facebook should invite historians, archivists, archaeologists and ethicists to participate in the process of curating the vast volume of accumulated data that we leave behind as we pass away," Watson said. "This is not just about finding solutions that will be sustainable for the next couple of years, but possibly for many decades ahead."