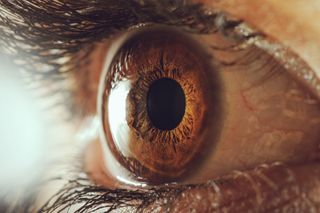 Some people hallucinate, hear voices and lose touch with the world around them — but seem to get on with their lives just fine. Others have similar experiences, but they are so debilitating that these people have difficulty getting through their days without clinical help.

Why the difference? The answer may lie in how people interpret their own psychoses, a new study from England suggests. This personal interpretation may help determine whether someone's hallucinations or delusions take over their lives.

Episodes of psychosis, or instances in which a person loses touch with reality, aren't rare. A 2009 meta-analysis published in the journal Psychological Medicine revealed that around 1 in 20 people will experience at least minor psychosis over the course of their lifetimes. [11 Surprising Facts About Placebos]

In the new study, which was published in the December issue of the journal The Lancet Psychiatry, the researchers put nearly 260 people through simulations of psychotic experiences and examined how the individuals reacted to the events.

Eighty-four of the participants were clinical psychosis patients, people whose symptoms were severe enough that the individuals required medical care. Ninety-two of the participants were "nonclinical." These individuals had psychotic symptoms that were as intense as those of the clinical group when measured, but they functioned in their daily lives without regular medical care. (The researchers reported finding these individuals using "specialist sources, such as online forums for psychic and spiritualist activities, mediums, and other special interests.")

The remaining 83 people had no detectible psychosis symptoms and were sorted into a control group.

This routine might make anyone doubt their connection to reality, but it was designed so that it would not be too distressing to the participants, the researchers noted in the study.

After the performance, the researchers questioned the participants in long interviews designed to suss out, in hard numerical terms, how the individuals interpreted their experiences.

Interestingly, the nonclinical group — people who were able to manage their symptoms on their own — weren't any more likely to identify psychotic symptoms as psychoses than the clinical group was. This suggests that recognizing that a voice or strange event isn't "real" doesn't seem to be an important strategy for avoiding getting too disturbed by it.

Instead, this group tended to interpret the odd events as more benign and nonthreatening than the clinical group did. They more often said things such as, "It is because of the way the human mind works, just part of normal human experience," to explain the events, or attributed the strange phenomena to spirits, the researchers reported.

Clinical patients tended to see something darker behind the voices and events, compared with the nonclinical and control groups. "Someone is speaking to me," they'd say, or "there is someone behind the scenes involved in this," the researchers found.

These patients often interpreted the events as part of plots to embarrass them. They made statements such as, "It was done on purpose to trick me or make me look stupid," or, "This means there's something wrong with me."

The researchers noted that many of their nonclinical subjects found spiritual explanations for the fake delusions. But because many of the people recruited for the study were already more likely to explain the world in spiritual terms, the researchers couldn't tease out whether that was just an unusual feature of their group, the scientists said.

This paper does strongly suggest, however, that the most severe effects of psychosis don't come from having the strongest delusions, but from being more likely to interpret them in disturbing and dangerous ways.