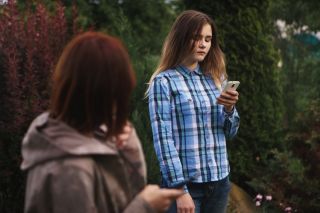 This article was originally published at The Conversation. The publication contributed the article to Space.com's Expert Voices: Op-Ed & Insights.

For school-aged youth, access to a gun can increase their risk for becoming a victim of or for committing a violent crime, including suicide and homicide. It also increases a child’s risk of experiencing an unintentional injury or death. Youth may gain access to guns in school, friends’ homes or other settings. No matter the source, gun access can increase the chances of an adolescent being involved in an injury or crime.

But are some youth at even higher risk? Current evidence suggests that youth who have been bullied by their peers, traditionally (e.g., verbal, physical) and through cyber media (e.g., email, SMS, social media), may be especially vulnerable to gun violence. We know that bullied students tend to carry guns more frequently than nonbullied students.

What is less understood, however, is whether this is because bullied students may have more access to guns than their nonbullied peers. We decided to examine this question, and the results were alarming.

Bullied youth are more likely to have gun access

Our recent study examined if youth who have been bullied are also more likely to report having access to a loaded gun without adult permission. Participants included students ages 12-18, who responded to the 2011 and 2013 School Crime Supplement (SCS) to the National Crime Victimization Survey. The SCS asks students about their experiences during the current school year related to bullying, school security, exposure and access to weapons and illicit substances, and presence of gangs at school.

Of the 10,704 students included in this study, about 4 percent (446 students) said they could get access to a loaded gun without adult permission. This number is startlingly high, and should be of great concern given the frequency of school shootings in the U.S. It becomes even more concerning when we compare students’ self-reported experience of being bullied.

Overall, bullied youth, particularly those who report both traditional and cyberbullying, were significantly more likely to also report access to a loaded gun without adult permission.

This study did not explore why access differs among bullied and nonbullied students, but this is an important avenue for future research.

The results of the study do not indicate that bullying necessarily causes access to loaded guns. Nor do they suggest that gun access necessarily leads to bullying. Instead, these findings indicate that youth who are bullied tend to also have greater access to loaded guns, which may leave them at especially high risk of self-inflicted injury and perpetration of interpersonal violence.

Gun violence leads to thousands of injuries and deaths each year in the United States. In 2015 alone, there were 1,881 fatal and 9,297 nonfatal gun-related injuries among youth 12-18. Factors like gang presence in schools, parental gun storage practices and previously being victimized in some way (including bullying) can influence the risk of gun violence in this age group.

Bullying in schools is a serious public health concern. National estimates suggest between 18 percent and 31 percent of youth have been bullied by their peers. Bullied youth are more likely to suffer from depression, anxiety, loneliness and low self-esteem. They are also more likely to be injured, attempt suicide, and report recent illicit substance use.

These are two serious issues worth addressing and should be part of the national dialogue on bullying. Schools are not filled with dozens of students toting guns in their backpacks every day; most youth who have access to guns do not end up carrying them. However, understanding which students are most likely to have access to a gun and which are most likely to carry it is important for developing interventions to try and prevent gun violence.

Bullying and unsupervised gun access among youth can be both measured and prevented through educational campaigns, conversations in schools, homes and health care settings, and at the policy level. Studying these factors together can help us develop training for parents of bullied children, and teach them about how to safely store guns and talk to their children about them.

This article was originally published on The Conversation. Read the original article. Follow all of the Expert Voices issues and debates — and become part of the discussion — on Facebook, Twitter and Google +. The views expressed are those of the author and do not necessarily reflect the views of the publisher. This version of the article was originally published on Space.com.