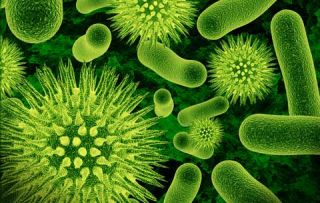 An outbreak of pneumonic plague in Ziketan, China has killed three people, leading officials to seal off the town, according to news reports that are getting a lot of play this week.

But what is the pneumonic plague, and how is it different from other types of plague?

Plague is caused by the bacteria Yersinia pestis and is a zoonotic disease, meaning it can be transmitted from animals (usually rodents) to people.

There are three types of plague. The bubonic plague is the most common form and is spread to people from flea bites. This type is thought to be responsible for the Black Death, the pandemic that killed millions of people in the 1300s.

Unlike bubonic plague, pneumonic plague can be spread from person to person through the air and is brought about when Y. pestis infects the lungs. It is the rarest, most virulent form of the plague and can cause death within 24 hours, according to the World Health Organization (WHO). The disease has a high fatality rate if left untreated. Patients can develop pneumonia, which may lead to respiratory failure. According to the WHO Web site, an outbreak of pneumonic plague "requires immediate public health measures to contain the spread."

Septicemic plague occurs when the plague bacteria multiply in the bloodstream. It can arise as a complication of bubonic plague or pneumonic plague, or it can occur by itself.

There have been six pneumonic plague outbreaks since 2001, according to WHO, but some may go unreported because they happen in remote areas. Most cases, about 98 percent, occur in Africa.

A large outbreak of pneumonic plague occurred in the Congo in 2005, sickening hundreds and killing at least 61, and considered the deadliest outbreak since the 1920s when the pneumonic plague killed about 9,300 people in Manchurai, The Washington Post reported.

To become infected with pneumonic plague, a person must inhale bacteria-containing droplets, which usually requires direct or close contact with an infected person, according to the Centers for Disease Control and Prevention.

The remote location and low population density of Ziketan makes this outbreak unlikely to spread, Vivian Tan, a WHO spokeswoman in China, told the Los Angeles Times. Tan noted this is the first time the Chinese government has reported an outbreak of pneumonic plague to the WHO, but that there have been previous unofficial reports of cases in the country.

{{ video="LS_090428_pandemic" title="The Truth about Pandemics" caption="Dr. Marc Siegel explains why the term pandemic often inspires more fear than it should, how the media plays on fears, and how governments often make wrong and costly moves. Credit: LiveScience" }}