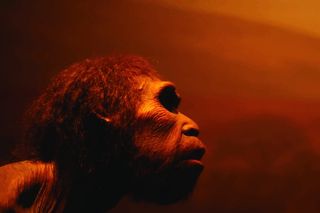 Neanderthals, the closest known extinct relatives to humans, probably had to pick annoying bits of food out of their teeth from time to time. And now, scientists have evidence that these extinct cousins of modern humans may have done so with the help of prehistoric toothpicks.

Researchers found traces of wood trapped in fossilized plaque stuck to Neanderthal teeth. The bits of bark likely came from toothpicks or possibly wooden tools used as a third hand during crafting, said the new study, published in the April issue of the journal Antiquity.

Led by Anita Radini, an archaeologist at the University of York in the United Kingdom, a group of scientists recently examined teeth found at El Sidrón cave in Spain. At this site, at least 13 Neanderthal skeletons have been found; the remains date back 49,000 years. [The 7 Most Mysterious Archaeological Finds on Earth]

The scientists said they were mostly after the fossilized plaque known as dental calculus. It's the same stuff a hygienist will scrape off your teeth if you haven't done a good job flossing and brushing. That plaque can trap tiny food particles, bacteria and whatever else may enter your mouth. After plaque hardens, it can survive even longer than bone. That fact, while it may sound like a threat from your dentist, is good news for archaeologists.

People generally didn't have great oral hygiene hundreds and thousands of years ago, the researchers said. The stubborn plaque that's stuck to very old teeth can be a useful capsule of material for reconstructing some mundane but important aspects of prehistoric life, such as how people ate and what their health was like, the scientists said.

In the latest study, the scientists found bits of nonedible, and noncharred, conifer wood tissue in the plaque from some of the El Sidrón teeth. The researchers said the most likely explanation for the finding is that these Neanderthals were putting toothpicks or wooden tools in their mouths.

Previous research has shown that Neanderthals knew how to make use of the trees around their campsites; they made wooden spears, built fire pits and manufactured tar-like pitch from resin.

So the finding isn't all that surprising, especially considering the results of a few recent studies: In 2013, another group of scientists reported in the journal PLOS ONE that they had found grooves on the in-between parts of quite unhealthy Neanderthal teeth, possible proof that these hominins habitually used toothpicks to alleviate gum pain. Meanwhile, last year, scientists studying the skeletons from El Sidrón found marks on the teeth that indicated these Neanderthals were performing tasks involving their teeth as tools.