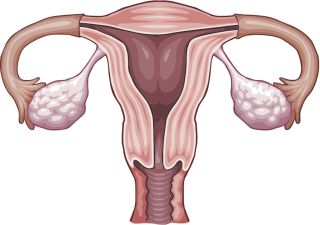 A woman in Sweden gave birth in September after receiving a womb transplant in 2013, her doctors reported today (Oct. 3).

The 36-year-old woman was born without a uterus because of a genetic condition, but had healthy ovaries. The doctors had fertilized the woman's eggs via IVF, and had frozen the resulting embryos. One year after they transplanted the uterus, which was donated by a family friend, the doctors transferred a single embryo to the new womb, according to the doctors. The woman became pregnant.

The doctors closely monitored the fetus throughout the pregnancy. At 31 weeks, the woman was admitted to hospital with a condition called preeclampsia, which generally involves high blood pressure during pregnancy, and can lead to serious complications for a pregant woman and her baby. The doctors performed a caesarean section due to their concerns about the health of the fetus, they said.

A healthy boy was delivered, and the mother and the baby are both well and at home now, the doctors said in a news release.

The experimental procedure was performed by a team of researchers, led by Mats Brännström, professor of obstetrics and gynaecology at the University of Gothenburg. The details of the case will be published online in the journal Lancet on or before Sunday (Oct. 5). [The 9 Most Interesting Transplants]

Last year nine women in Sweden received womb transplants, using organs donated from their close relatives. However, case reported today is the first of a woman with a womb transplant giving birth.

The donor of the womb was a 61-year-old family friend, who had gone through the menopause seven years before the surgery, according to the doctors.