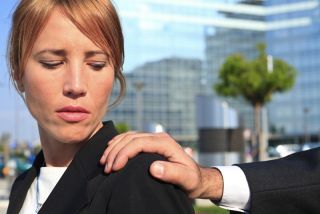 Three studies this summer about sexism and harassment in the world of science reach some sad, disturbing conclusions. All three clearly indicate that we have a long haul in front of us as a society.

Field research is an important part of nearly every branch of science. But, it turns out, it can be especially challenging for female scientists, according to a study in PLOS One conducted by Kathryn Clancy, an anthropologist at the University of Illinois at Champaign-Urbana, and three colleagues.

The research used email and social media to invite scientists to fill out an online questionnaire about their experiences in the field. It found that an alarmingly high number of female scientists were sexually harassed (and even assaulted) while conducting research in the field.

The study authors received nearly 700 responses from 32 disciplines, 75 percent of them from women. And the numbers were shocking.

More than two-thirds of the women reported that they had been sexually harassed by colleagues. And 20 percent reported being sexually assaulted. The majority of incidents involved superiors victimizing subordinates. [12 Amazing Women Who Totally Rocked at Science ]

Few of the field sites had codes of conduct or sexual harassment policies. And of the 10 percent or so of the respondents who reported incidents to their universities or research organizations, only a fifth of these said they were satisfied with the outcome.

"Our survey revealed that conducting research in the field exposes scientists to a number of negative experiences as targets and as bystanders," the researchers wrote in PLOS One. "The experiences described by our respondents ranged from inadvertent alienating behavior, to unwanted verbal and physical sexual advances, to, most troublingly, sexual assault including rape."

None of this is good news for science professions that have worked for years to ameliorate the public impression that science is run by old, white guys in lab coats. But things are just about as bad for the female science writers who report on the findings of the scientists out in the field.

In a second study conducted this summer among nearly 500 women science writers by Christie Aschwanden, a science writer based in Colorado, and several colleagues, more than half of the women who responded said that they weren't taken seriously in their profession because of their gender. A third said that their career advancement had stalled due to their gender, and half said that that they had not received credit for some of their ideas at points in their science-writing careers.

What's more — similarly to the survey of scientists in the field – half of the female science writers said that they had encountered unwanted sexual remarks, and that a fifth had experience uninvited physical contact.

"Whether harassment or discrimination takes place at a field site in Costa Rica or in a conference room, the problem will not be solved with new rules archived on unread websites," Aschwanden wrote Aug. 11 in The New York Times.

"The responsibility for pushing back should not rest solely with the victims. Solutions require a change of culture that can happen only from within. It will take chief executives, department heads, laboratory directors, professors, publishers and editors-in-chief to take a stand and say: Not on my watch. I don't care if you're my friend or my favorite colleague; we don't treat women like that.''

And there's a third and final piece of bad news from a study this summer. Three researchers from the business schools at the University of Pennsylvania, Columbia University and New York University audited 6,500 professors at top American universities, representing 89 disciplines and 259 institutions. They found that faculty ignored requests for entry into academia from women and minorities at a higher rate than from white males.

"Little is known about how discrimination against women and minorities manifests before individuals formally apply to organizations," wrote Katherine Milkman (University of Pennsylvania), Modupe Akinola (Columbia) and Dolly Clough (NYU). "We hypothesized that discrimination would appear at the informal 'pathway' preceding entry to academia and would vary by discipline and university as a function of faculty representation and pay."

"In our experiment, professors were contacted by fictional prospective students seeking to discuss research opportunities before applying to a doctoral program," they wrote in their study abstract. "Students' names were randomly assigned to … gender and race, but messages were otherwise identical. Faculty ignored requests from women and minorities at a higher rate than requests from Caucasian males, particularly in higher-paying disciplines and private institutions."

What all three studies this summer indicate, then, is that there is a great deal of work to do yet in areas like academia or science — just as there is in other areas of society. Science, often perceived as somehow more "enlightened" than other parts of society, has the same trouble with sexism and harassment that other areas do, the studies show. It's long past time to change that.

Nesbit's most recent Op-Ed was "45 Years After Moon Landing, NASA is MIA." This Op-Ed was adapted from one that first appeared in Nesbit's column At the Edge in U.S. News & World Report. The views expressed are those of the author and do not necessarily reflect the views of the publisher. This version of the article was originally published on Live Science.