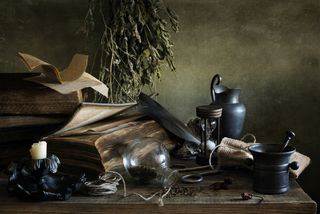 While witch hunts may seem to be dusty relics of a bygone age, the persecution, torture and execution of suspected witches continue in many places to the present day.

The problem is especially palpable in India. Two weeks ago in a small Indian village not far from Nepal, Saraswati Devi, 45, was accused of being a witch after a local mystic identified her as having practiced black magic, reported The Washington Post. Over a dozen villagers beat Devi to death as punishment, while her two children tried to intervene. Though Devi's husband identified her attackers and notified police, no arrests were made, news reports reveal.

Saraswati's is just one of many gruesome witch tales out of India. Some 2,097 individuals have been murdered due to accusations of witchcraft between 2000 and 2012, according to data from the National Crime Records Bureau in India, as reported by the Indian newspaper Mint. "Once practiced only by tribal communities, witch hunting is now becoming common among Dalits and other minority communities. The idea of a witch is common across all the affected [Indian] states," the Mint report said. (The Dalits are an oppressed group in India who are considered "untouchables" or "outcasts.")

As the report describes, the witch hunters believe that witches have evil eyes or mouths, and that they kill cattle and eat humans. Accusers also think that witches destroy crops and can get people sick, the report shows. [What's Witchcraft? 6 Misconceptions About Wiccans]

And witch hunts don't always result simply from superstition, the report said. Witch hunting can also be motivated by "family disputes over property, land rights of women, and village-level and gender conflicts."

In many parts of the world, including India and Africa, people consult witch doctors not only to heal diseases, but also to place curses on social and political rivals. Individuals commonly look to magic for personal, political and financial gain; they turn to accusations of black magic use for similar purposes.

Belief in witchcraft has led to horrific murders and mutilations in recent years outside of India, as well. In 2008, a mob of hundreds of young men killed eight women and three men in rural Kenya. Attackers had accused the victims of witchcraft, saying they cast spells that lowered the intelligence of the village's children.

People who believe in black magic may also attack albinos; the body parts of those afflicted with the skin pigmentation disorder are sought after for use in magic spells and rituals. And in 2012, after being found in possession of "books and talismans from which he learned to harm God's worshipers," a Saudi Arabian man was beheaded for practicing sorcery, according to a statement from the Saudi Interior Ministry.

Accusations of witchcraft are a complex sociocultural phenomenon and involve many factors. Belief in magic is certainly an essential element, but the persecution of witches often involves issues of gender, race and class. Most of the Indian women targeted as witches were poor and of low caste.

The targeting of women (and of lower-class women in particular) was prevalent in early European witch hunts, too. "We can be fairly certain that the great majority of those persecuted came from the lower levels of society," wrote Brian Levack, professor of history at the University of Texas at Austin, in his book "The Witch-Hunt in Early Modern Europe" (2006, Pearson). "The mere fact that so many witches were unattached women of no apparent social distinction points to this conclusion." [The 10 Most Destructive Human Behaviors]

The same was true in many other places, as well. "In New England, the great majority of women accused of witchcraft before the Salem episode of 1692 were dependent members of the community who qualified for poor relief," Levack wrote. "In Norway, where large numbers of accused witches were described in trial records as extremely poor, most of those who were actually convicted were beggars. There are a number of reasons why the people who filled the lower ranks of society incurred accusations of witchcraft. Poor people, especially poor women, were the weakest and most vulnerable members of society."

This remains true today in India, many parts of Africa and elsewhere. Those who are seen as occupying positive roles in rural, non-Western communities (such as witch doctors and traditional healers) often take part in identifying and persecuting innocent women as witches. Once mystical methods are used to "verify" who is a witch, the justice can be gruesome, including banishment, rape, disfigurement, torture and death.

Indian lawmakers have begun to address the problem, but the roots of this superstition are centuries old and may never fully be eliminated.

Benjamin Radford is deputy editor of the Skeptical Inquirer science magazine and author of seven books, including "The Martians Have Landed! A History of Media Panics and Hoaxes." His website is www.BenjaminRadford.com.