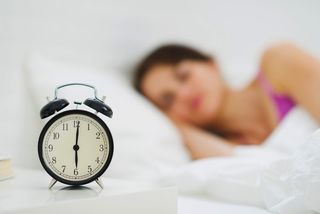 On Sunday (March 9), most Americans will lose a precious hour of their weekend to daylight saving time. Except for those who live in Arizona and Hawaii, adjusting clocks forward an hour in March and back an hour in November is a time-honored ritual, but why do we bother to "fall back" and "spring forward?"

Benjamin Franklin first came up with the idea to reset clocks in the summer to conserve energy and take advantage of extra daylight in the evenings. The official practice, however, did not begin until more than a century later.

Yet, during World War II, daylight saving time was instituted again, in order to cut back on electricity and save energy for the war. On Feb. 9, 1942, roughly two months after the Japanese attack on Pearl Harbor, President Franklin Roosevelt established daylight saving time year-round, which was dubbed "War Time."

After the war, U.S. states were given the choice of whether they wanted to stick with daylight saving time. But, this free-for-all system, in which many neighboring towns were operating on different time zones, resulted in mass confusion and bewilderment.