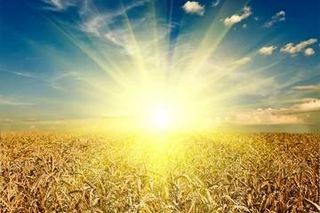 Margaret Mellon is a senior scientist for food and the environment at the Union of Concerned Scientists (UCS). An expert on sustainable agriculture and the potential environmental risks of biotechnology, Mellon holds a doctorate in molecular biology and a law degree. This article was adapted from a post on the UCS blog The Equation. Mellon contributed this article to LiveScience's Expert Voices: Op-Ed & Insights.

Farmers planting crops that can't be sold doesn't sound like a sensible proposition, does it? After all, seeds cost money, and so does the equipment to get them in the ground. Why grow 'em if you can't sell 'em?

But it turns out that an increasing number of farmers are doing just that: buying, planting and tending to so-called cover crops. No, farmers can't sell cover crops, but they do reap benefits from them, including increased yields of cash crops like corn and soybeans. Use of cover crops can also help farms survive the droughts expected to become more common in the era of climate change.

Cover crops — which can be many species of grains, grasses and legumes — are usually planted in the interval between the harvesting and planting of cash crops. Sending their roots down into bare soil, cover crops can increase soil carbon, provide slow-release nitrogen and prevent erosion. But a cover-crop/cash-crop system is complex. If not managed properly, cover crops can deprive cash crops of water or even reduce yields. Although they make sense in theory, many have wondered how cover crops would work in the real world.

Now, a new survey of commercial farmers has confirmed that cover crops increase yields in corn and soybeans, the most common crops in the U.S. Moreover, cover crops were especially effective under drought conditions.

The North Central Sustainable Agriculture Research and Education (SARE) program and the Conservation Technology Information Center conducted the survey of more than 759 commercial farmers from winter 2012 through spring 2013. Farmers who responded reported average increases of 11.1 bushels of corn per acre and 4.9 bushels of soybeans per acre over prior harvests. In percentage terms, the extra bushels represent an average 9.6-percent-greater yield in corn planted after the planting of cover crops compared with crops not preceded by cover crops. The increase in soybeans was 11.6 percent. That's pretty impressive.

The growers reported yield information from fields comparable in conditions and rotation — except for the cover crops. And, the advantages for cash crops planted after cover crops were even greater in states hit hard by drought.

The states most affected by the severe 2012 drought were Illinois, Indiana, Iowa, Kansas, Missouri, Nebraska and South Dakota. The 141 respondents from those states reported an average corn yield of 11.3 bushels per acre, which represented an 11 percent increase in crops grown after cover crops compared with those grown without them. Respondents from the drought-affected states reported even greater benefits in soybeans: an average increase of 5.7 bushels per acre, or 14.3 percent higher yields after cover crops.

The farmers responding to the survey grew cover crops on an estimated 218,000 acres in 36 states, mostly in the Mississippi River basin. Not surprisingly, drought-related impacts varied across the country. But the results were solid: Farmers enjoyed better corn yields after cover crops in all but one of the states hardest hit by the drought.

Farmers expected to pay for the ecosystem services provided by cover crops, and were willing to pay median costs of $25 an acre to purchase seeds and $15 an acre for cover-crop establishment (aerial distribution of seed and the eventual killing of the plants at the end of the growing season).

Farmers interested in cover crops need to decide which species to use, how and when to plant them, and whether to plant single or multispecies mixes. If the wrong decisions are made, cover crops might not deliver on their potential benefits, or may even be detrimental. The survey respondents reported a long list of challenges, including cover-crop seed availability, increased insect potential and the risk of cover crops using too much soil moisture.

Despite the challenges, the surveyed farmers had steadily increased their use of cover crops over the last decade. Last winter, they reported planting cover crops on an average of 42 percent of their acreage and planned to increase their cover-crop acreage this coming winter.

A complete, drought-tolerant package would include appropriate crop choices and specially bred varieties of crops, as well as a drought-tolerant system. The crop-centered approach to drought was discussed by my colleague, Doug Gurian-Sherman, in hisrecent report "High and Dry." In addition to highlighting the availability of crops like sorghum and alfalfa that are inherently more drought-tolerant and might be used more often in U.S. agriculture, Doug also discussed the success of conventional corn breeders who have increased drought tolerance at a steady pace of 1 percent per year over decades.

Genetic engineering has yet to play an important role in drought tolerance. Only this year did agricultural biotech company Monsanto introduce its first drought-tolerant seed variety, DroughtGard. According to the Monsanto website, the variety has produced a five-bushel (or about 4 percent) yield advantage in field tests against competitor hybrids.

However successful crop genetics might be, new plant varieties cannot compensate for the deficiencies in systems. The fundamental requirement for combating drought is to keep moisture in the soil. Cover crops can do that — and so much more.

This article was adapted from "Cover Crops Dramatically Increase Corn Yields –Especially In Drought Conditions"on the UCS blog The Equation. The views expressed are those of the author and do not necessarily reflect the views of the publisher. This article was originally published on LiveScience.com.