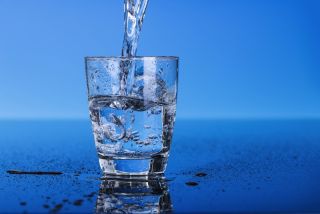 Editor's note on Aug. 16, 2013: The EPA reviewed this petition and published its response on Aug. 12, 2013, showing that Hirzy's study and petition were flawed. The EPA found, and Hirzy acknowledged, that the study incorrectly referred to yearly cancer risks and costs, as opposed to yearly risks and costs. Thus, arsenic from fluorosilicic acid may be linked to as many as 25 cancers per year, not 1,800 (arrived at by dividing 1,800 by 70, the average lifespan). Similarly, costs of switching were calculated across a lifetime. For that reason, switching to pharmaceutical-grade sodium fluoride would be too costly, and would not make economic sense, according to the EPA.

In early August, the Environmental Protection Agency is set to decide on a petition to change the source of fluoride in U.S. drinking water.

Currently, the source of fluoride in most public water supplies is fluorosilicic acid, according to government records. The petition calls for the EPA to instead require the use of pharmaceutical-grade sodium fluoride in water fluoridation, which is the addition of fluoride to drinking water for the purpose of preventing cavities.

Fluorosilicic acid is often contaminated with arsenic, and recent research has linked the arsenic from fluorosilicic acid in drinking water to as many as 1,800 extra cases of cancer yearly in the United States, said William Hirzy, a chemistry researcher American University in Washington, D.C. Hirzy, who worked at the EPA for 27 years, submitted the petition.

The study and petition grew out of what researchers believe is a lack of regulation and understanding of chemicals used in fluoridation, Hirzy said. Fluorosilicic acid has been shown to contain the carcinogens arsenic and lead, and to leach lead from water pipes, he said.

In the study, published in February in the journal Environmental Science and Policy, Hirzy and co-authors estimated that putting pharmaceutical-grade sodium fluoride into the water supply would reduce the amount of arsenic in drinking water by 99 percent. The arsenic at issue is the inorganic variety, a known human carcinogen, meaning it causes cancer. [Why Is Arsenic Bad for You?]

The switch would cost $100 million, but would save billions in reduced cancer costs, Hirzy said.

"We found that the United States as a society is spending, conservatively speaking, $1 billion to $6 billion treating the excess bladder and lung cancers caused by arsenic in the most commonly used fluoridation chemical, fluorosilicic acid," Hirzy said.

The EPA limits levels of arsenic in drinking water to 10 parts per billion. Hirzy said that the researchers, in calculating the number of U.S. cancer cases yearly linked with arsenic in fluorosilicic acid, used the EPA's own risk assessment data.

Experts not involved with Hirzy's study agreed with its findings.

"I think this is a reasonable study, and that they haven't inflated anything," said Kathleen Thiessen, a senior scientist at SENES Oak Ridge Inc., a health and environmental risk assessment company.

An EPA scientist, who spoke on the condition of anonymity because he wasn't authorized to speak to the press, said the study is the first to perform a risk assessment on this arsenic source, which "should have been done" already. He said he "didn't dispute anything" in the paper, and said the cost estimates were reasonable.

While the EPA performs risk assessments for most contaminants in public water supplies, it doesn't oversee the addition of chemicals used in fluoridation, according to the agency — a policy that Hirzy said doesn't make sense. Under the Toxic Substances Control Act, the EPA has the authority to regulate or ban almost any substance — including fluorosilicic acid — that poses an "unreasonable risk" to public health, he said.

During the production of phosphate fertilizer, phosphate ore is reacted with sulfuric acid to produce toxic gases. These are taken out of the air after being sprayed with water, which produces fluorosilicic acid, said Michael Miller, a minerals commodity specialist for the U.S. Geological Survey.

The solution is sold to water systems nation-wide, where it is diluted and put into drinking water, Miller said. Occasionally, it is treated to create sodium fluorosilicate. Together, these compounds (called silicofluorides) provide fluoride to 90 percent of U.S. drinking water systems that are fluoridated, serving about 150 million people, Miller said.

Fluoridation was introduced in 1945, and the early tests of its effects were done with sodium fluoride, largely derived from the aluminum smelting industry, Hirzy said. Fluorosilicic acid wasn't used to fluoridate water supplies until after 1951, when water fluoridation became a goal of the U.S. Public Health Service. The health effects of fluorosilicicacid haven't been widely tested, according to a 2006 report on fluoride by the National Research Council. Mosaic, one of the companies that sells fluorosilicic acid to water utilities around the country, Miller said, lists the substance as hightly corrosive. The undiluted acid can eat through glass.

Any increase in exposure to arsenic leads to an increase in the risk and incidence of cancers, Hirzy said. On average, diluted fluorosilic acid adds about 0.08 ppb to drinking water.

However, there's reason to believe this standard isn't being enforced, Hirzy said. For example, arsenic levels in Wellington, Fla., recently exceeded this limit, and nothing was done in response to the violation, according to the study.

"Nobody is watching the store," Hirzy said.