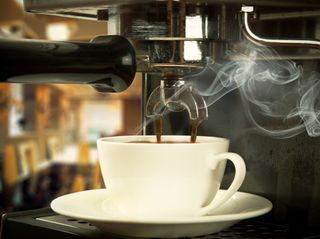 Commonly found in a variety of food and drinks, including coffee, tea, soft drinks and chocolate, caffeine is widely considered the world's most popular psychoactive drug.

But there is some disagreement regarding whether regular ingestion of caffeine can lead to a true "addiction."

Some research classifies the substance as addictive. For example, a 2010 paper in the Journal for Nurse Practitioners states: "Caffeine meets all the requirements for being an addictive substance, including dependence, tolerance, and withdrawal."

On the other hand, a 2006 review in the American Journal of Drug and Alcohol Abuse denies caffeine addition, pointing out that there is rarely a strong compulsion to "use" caffeine, unlike cocaine, amphetamines and other classic stimulants (long lines at Starbucks notwithstanding).

In its fifth and most recent  edition, the Diagnostic and Statistical Manual of Mental Disorders (DSM-5), which the American Psychiatric Association publishes, has added "caffeine withdrawal" for the first time. Caffeine intoxication is also listed as a mental disorder in the DSM-5.

Stopping the consumption of caffeine can cause withdrawal symptoms — including headache, fatigue, irritability, depressed mood and difficulty concentrating — that are severe enough to interfere with a person's ability to function properly at work or in social situations, according to the mental health manual.

However, the DSM-5 does not include caffeine under its list of "use disorders" (its polite term for addictions). Instead, caffeine use disorder is filed under "Conditions for Further Study."