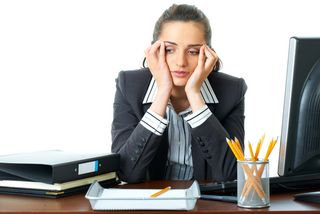 Americans are not a very happy bunch these days, with only a third qualifying as "very happy," a new poll reveals.

In particular, recent college graduates, minorities and people with disabilities have experienced a downward trend in happiness in recent years. The findings come from a sample of 2,345 U.S. adults surveyed between April 10 and 15 using the Harris Poll Happiness Index, a series of questions used to calculate Americans' overall happiness.

Among minorities, African-Americans and Hispanic-Americans have become unhappier since the happiness survey was last conducted two years ago. In 2013, just 28 percent of Hispanic-Americans qualify as "very happy," compared with 35 percent in 2011. The drop in happiness among Hispanics may coincide in part with sometimes-bitter discussions of immigration policy, though a causal link can't be drawn from the study, the researchers noted.

The proportion of very happy African-Americans is currently 36 percent, down from 44 percent in 2011. The happiness of white Americans has increased slightly over this period, from 32 percent to 34 percent. [7 Things That Will Make You Happy]

Americans with disabilities are also less happy now than they were two years ago. The proportion of those who ranked as "very happy" fell from 34 percent to 31 percent since 2011. Cuts (or feared cuts) in services as a result of an across-the-board funding slash known as the sequester could be one possible cause of the happiness decline in this group, the researchers said.

The proportion of very happy college graduates has shrunk since 2011 as well, from 35 percent to 32 percent. The depressed job market and questions about whether a college degree is worth the time and investment could have played roles in the drop.

Americans earning less than $50,000 per year are also less chipper this year. Those earning less than $35,000 qualifying as very happy declined from 33 percent to 29 percent from 2011 to 2013. The causes could be the state of the economy, or again, fears about cuts to services under the sequester.

It's not all gloom, though — compared with two years ago, fewer Americans (34 percent versus 39 percent) report their work is frustrating.

Among age groups, those 50 and older are more likely to be very happy than younger Americans. Women are happier than men. And members of either the Democratic or Republican parties are happier than political Independents, the poll showed.

The Harris Happiness Index is calculated based on how strongly participants agreed or disagreed with a list of positive or negative statements. Positive statements include ones such as "my relationships with friends bring me happiness," and "at this time, I'm generally happy with my life." Negative ones include "I frequently worry about my financial situation," and "I rarely engage in hobbies and pastimes I enjoy." People who agree with the positive statements and disagree with the negative ones score as the happiest.