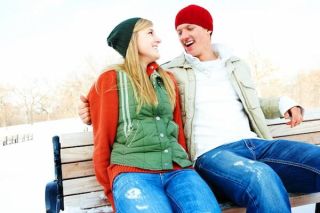 The calendar has barely turned to November, but in much of the country, it already feels like winter, with snow, dry air and freezing temperatures leaving surroundings cracked and bleak. But our skin often a casualty of similar forces doesn't have to end up the same way.

"The change of seasons is always a stress on the skin and body in general," said Dr. Doris Day, a dermatologist at Lenox Hill Hospital in New York City. "I often see people flaring with skin conditions at this time of year. Many subtle things can really affect your skin."

While some of those things are encountered outdoors cold and chafing winds chief among them even indoor air can leave skin parched, because it tends to lack natural moisture. And the stress of the holidays, including eating and drinking to extremes, only adds to skin challenges.

But we don't have to submit to all of winter's indignities. Along with Day, Dr. Deborah Sarnoff, an attending dermatologist at the North Shore-LIJ Health System in Greenvale, N.Y., offers an arsenal of advice to help us prepare our skin for winter's assault:

1. Switch from lotion to cream

When you switch your seasonal wardrobes, it's a good idea to do the same with your skin emollient. Use creams, which are typically more moisturizing, instead of lotions, which don't provide as strong an oily barrier to reduce water loss in the skin. Creams feel heavier on the skin, Day and Sarnoff said, but they do a much better job at protecting against temperature and humidity extremes.

"Skin usually feels better if you bump up to a richer moisturizer that has more oil content and less water content, Sarnoff said. "It's definitely good to put it on at night."

Ironically, the very things that make us feel good in the moment, such as long, hot showers or baths, can leave our skin crying out for moisture over the longer-term. Opt for shorter, more lukewarm baths and showers and pat your skin dry afterward, following up quickly with a layer of moisturizer from head to toe.

Day advises using shower gel instead of soap for extra skin enrichment. "I really like those body washes," she said. "You get better coverage and a better clean." She recommended using ones labeled as hydrating. .

Though we're less exposed to sun in winter, that doesn't mean we can stop protecting ourselves from its rays altogether. Some skin creams have sunscreen built in, but make sure it carries an SPF (sun protection factor ) rating of 15 or higher, Day and Sarnoff said. For those who spend a lot of time outdoors whether working or skiing an SPF of 30 or higher is even better.

4. Stay ahead of stressors

As bleak as it may seem, winter brings a bevy of holidays that can be fun to celebrate, but are harsh on skin. "Alcohol, rich foods, not sleeping enough . . . you have to definitely pay attention to those things and minimize them," Day said.

Some people know that stress will bring on certain skin ills, such as acne or cold sores, so they should practice "situational prophylaxis," Day advised, by treating skin with topical medications such as benzoyl peroxide before problems erupt.

Sarnoff recommended cutting back on simple sugars and carbohydrates, which are plentiful in fast foods or processed foods, as another measure to avoid breakouts when a stressful situation (such as Thanksgiving dinner with 10 of your least favorite relatives) looms.

"Stress in general can do something to the body where it can make any skin problem a little bit worse," she said. "It's not the reason you break out per se, but it's one of the factors."

Most people wait until temperatures turn frigid before donning gloves, but Sarnoff recommended wearing them every day until spring. That's because even minor skin chapping on the hands can turn into fissures that become infected, she said. (The same is true for lips, which should always be covered with lip balm when venturing outdoors.)

"Then, moisturizers burn, then people don't want to use them, then they go into a bad spiral down," Sarnoff said. "If you start using gloves when it first gets cold outside, that won't happen. Protecting skin early is good."