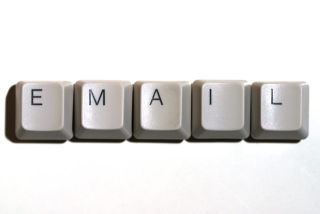 Email has enhanced our lives by making communication faster and cheaper, and more available to a wide network of others. Email can also get us into a lot of trouble. Hasn’t everyone blithely sent a personal, intimate email off across cyberspace only to realize it was headed down the electronic superhighway to the wrong person, usually the exact wrong person? Hasn't everyone had some embarrassing email sent to one person who then, without permission, forwarded it to one or more people? An e-postcard program developed by the Internet Sexuality Information Service of Oakland, Calif., has introduced another kind of embarrassing email — notification of exposure to a sexually transmitted disease — that just might be showing up in your email soon, depending where you've been lately. The program, accessed at http://www.inspot.org/gateway.aspx, will allow you, if you have an STD such as syphilis, gonorrhea or Chlamydia, or are HIV positive, to notify by email anyone you have had sex with, that is, if you have their email address. Of course, notifying other partners is nothing new. Making a list of partners and checking it twice and then contacting everyone by phone, letter or in person has been the bastion of the Public Health Service since 1930s. The difference is that a public health official was keeping track, butnow it can be done with less confrontation, as long as you use your computer at home alone. It's no surprise that the public health service has decided to work over the Internet to reach the widest circle of people. They, more than anyone, know the compelling nature of human sexuality because they have to deal with the aftermath. Nineteen million cases of STDs are reported each year and the idea is to treat everyone who has been exposed to stave off their spread. But what these statistics also underscore is how often people have unprotected sex. Faced with the possibility of pregnancy for heterosexual mating, and the possibility of disease, including the deadly HIV virus, for everyone, how can people not use condoms? I suppose we can blame evolution for making the human sex drive so compelling that in the heat of the action we all make stupid mistakes. The drive is there in the first place, or course, so that we are compelled to have sex and pass on genes. But didn’t evolution also bring us big brains and thought processes that are supposed to keep us out of trouble? Apparently not. Since sex education and all the notification on Earth doesn't really stop people from having unprotected sex, maybe the other compelling urge that health officials might consider is the seduction, for some at least, of courting danger. Danger is part of fear, and fear physiologically ramps up all the biological systems, putting the body on high alert. Coupled with the urge for sex, that makes for a dangerous mental and physical cocktail, one that often ends in disaster. But we never stop, and chances are that although an e-card reminder might be a wake-up call for some, for others it might unfortunately be a reminder of the high that comes with sex with the wrong people.