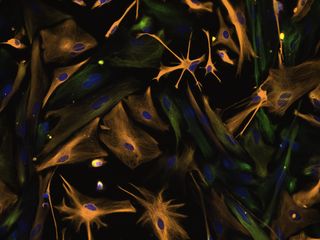 Ashesh Mehta, head of the Laboratory of Multimodal Brain Mapping at the Feinstein Institute for Medical Research at North Shore-LIJ, contributed this article to LiveScience’s Expert Voices: Op-Ed & Insights.

The Brain Activity Map projectannounced by President Barack Obama earlier this month is an ambitious endeavor to understand the link between brain physiology and brain function and dysfunction.

However, the establishment of endpoints and the concept of the zero-sum game — where researchers are pulling resources from the same funds — are important points of consideration in its implementation. It is also important to consider that the fundamental concept that is driving this initiative is the fact that a “map” actually exists whereby different brain functions are localized in specific brain areas.

The two, leading conceptualizations of brain function — localized activity versus activity distributed across a complex network — are concepts that have been debated for over a century, and quite a bit of evidence exists in support of both. Uniting them remains the challenge, both empirically and conceptually.

A second challenge involves the leap from understanding a brain activity map to being able to harness it to treat human neurological disease. [Obama's Brain Map Initiative Needs a Rethinking: Op-Ed]

There are hundreds of laboratories around the world trying to understand the link between the activity of neurons and phenomena such as perception, action and consciousness. Furthermore, 100 years of research in electrophysiology, neuroanatomy and neuroimaging have provided us with real, reproducible and predictable results that establish that link.

However, the billions of neurons we seek to study can provide complex data sets that are difficult to interpret. We now stand at a time where technology, including nanotechnology and computing power, put us in a position to be able to synthesize findings out of complex data sets.

It may well be that there is a flaw in the fundamental concept that knowing the activity of every neuron in the brain will somehow result in our ability to understand that physiology-phenomenology link. There is also concern that funding for the Brain Activity Map initiative would somehow reduce funding for established lines of research seeking to understand that link in a zero-sum game. However, there is great potential for new insights if this initiative can include existing research in a collaborative fashion.

In the end, there is still much to unlock from the mysteries of brain function, and doing so will undoubtedly lead to new technology and innovation. Innovations such as brain machine interfaces, neurostimulation and alterations of specific neuronal circuits by genetic engineering are well underway in research institutions and hospitals across the country. With all the conceptual and practical flaws of the Brain Activity Map project, a collaborative approach that puts together multiple existing research initiatives could help those technologies flourish in the near future. [Quadriplegic Woman Moves Robot Arm With Her Mind]

Ultimately, our brains form the foundation of all our thoughts and behaviors. Therefore, the brain mapping initiative may help us develop a basic scientific basis of our higher functions that will help us understand the very core of ourselves in this modern era in the way religion and philosophy have done in the past.