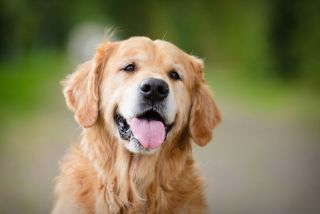 Polls show the majority of Americans support legalizing marijuana, but should dogs have it too? It sounds crackpot, but Veterinarian Doug Kramer thinks that the THC in marijuana could help dogs and other pets with painful conditions that don't respond to other treatments. VICE chatted with Kramer about his pot-for-pets campaign.

"A client first brought it to my attention," Kramer told VICE. "She had a pet that was not responding well to any of the pain medications or the steroids that we were giving it, and she wanted to talk about getting medical marijuana."

Some vets dismissed the idea, but Kramer was open to trying it. He gave it to his dog Nikita, who had untreatable cancer, to increase her quality of life. And he gives it to cats too. But blowing smoke in your pet's face for fun isn't cool, he said.