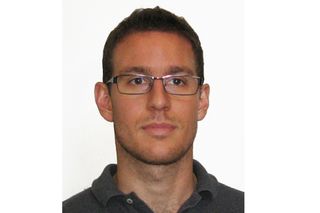 I am a full professor at the University of Texas at Austin. I received my B.S. in mathematics from the Scuola Normale Superiore of Pisa (Italy) in 2006, and a joint Ph.D. from the Scuola Normale Superiore of Pisa (Italy) and the Ecole Normale Superieure of Lyon (France) in 2007. I was then appointed Chargé de recherche at the CNRS (French National Center of Scientific Research) in 2007, Professeur Hadarmard at the Ecole Polytechnique of Paris in 2008, and then came to UT Austin as associate professor in 2009. I was promoted to full professor in 2011. My prizes and awards include the prize of the European Mathematical Society (2012).

I have always been passionate about mathematics, but when I was young, I did not expect that one could make a job out of it. At least in Italy, no one at school explains to you that it is possible to become a “professional mathematician,” so I rather thought I would become an engineer. However, when I was in high school I participated in the math’s Olympiads and by meeting other people with my same passion, I discovered that being a mathematician was possible … and I decided to do it.

I do not have a “best piece of advice” to mention. I always try to listen and learn from people more experienced than me, and I make everything a valuable experience.

It is difficult to do “scientific experiments” in mathematics. However, I do remember the first time I really felt my mathematical passion: I was 15 and I was trying to get asleep in my bed. I then started to think about numbers (never happened to me before), and in my mind I realized the existence of some arithmetic relations between perfect squares that I had never seen before. The day after I was very excited about that and I started to write down such relations, and then I looked for a general formula that would explain what I found. Although that was something very elementary for a senior mathematician, to me it meant a lot, since I discovered how much fun one could have doing math.

I like being creative, trying to discover something that no one found before, or to explain something that has been observed in nature, but which is still mathematically unclear. To give an example, consider soap bubbles: Why are soap bubbles round? The answer is given by physics and mathematics together: physics tells us that, given a certain amount of air enclosed inside the bubble, the bubble wants to minimize its surface tension, that is, its total surface area. The question then becomes, among all objects with a fixed volume, which shape minimizes the total area?  The “isoperimetric inequality” (an important formula in mathematics) tell us that the answer is the sphere.

Researchers can be very different and each of us has different characteristics and his own way of doing his job. An important thing is to be open-minded and always try to have a global understanding of the problem under study.

My research focuses on several directions. One of the problems I study is optimal transport: Given a certain transportation cost, what is the cheapest way to transport a distribution of mass from one place to another? This problem has applications not only in economics, but also (more surprisingly) in several other areas, such as, for instance, meteorology.

I also study “isoperimetric-type inequalities” related to the shape of crystals (the classical isoperimetric inequalities are the ones mentioned before in the context of soap bubbles). These results have application in chemistry and crystallography.

During my career, I had the chance to interact with several great mathematicians, and from each of these interactions, I have benefited a lot.  Also, even just reading papers of brilliant mathematicians that I never met is sometimes for me a great source of inspiration: it makes me think about how other people approach a problem, and I try to learn from that.

I think that a researcher in mathematics is used to getting out of the “real world” almost every day. When we do our research, we have to work in spaces that have infinite dimension (or maybe finite dimension, but still greater than 3, which is the “common one”), and to us this looks completely normal. From the outside we may look sometimes like “aliens,” but we are not: it is just a matter of training the brain to have a bit more imagination than it is usually needed in our common life.

All my work is always automatically backed up online, so even if I lose my laptop I’d not lose any data. I don’t think in my office there is anything to which I’m sentimentally attached, so If there was an emergency I’d just save myself.

I do not have a preferred kind of music. I usually listen to music when I drive my car, so I just listen to whatever passes on the radio. In general I like anything that “sounds good” to my ears.