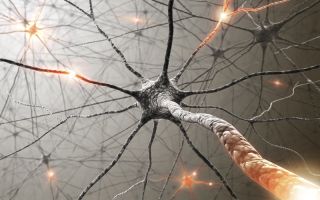 Neurons in the brain communicate via electrical impulses and neurotransmitters.
(Image: © iDesign, Shutterstock)

Scientists have shown that it's possible to reprogram specialized brain cells in young mice — a breakthrough that they say could lead to new treatments for neuron-killing disorders like Amyotrophic Lateral Sclerosis (ALS).

Also called Lou Gehrig's disease, ALS slowly paralyzes the body by attacking neurons that control muscle movement. In the study on live mice, researchers were able to create neurons similar to corticospinal motor neurons (one of two types of neurons that ALS kills) from callosal projection neurons, which connect the two hemispheres of the brain and are typically unaffected by ALS.

The find suggests that doctors might be able to use intact neurons to replenish the supply of cells ravaged by neurodegenerative disease.

"Neurodegenerative diseases typically effect a specific population of neurons, leaving many others untouched," study researcher Paola Arlotta, a Harvard stem cell biologist, said in a statement. "What if one could take neurons that are spared in a given disease and turn them directly into the neurons that die off?  In ALS, if you could generate even a small percentage of corticospinal motor neurons, it would likely be sufficient to recover basic functioning."

The researchers used a transcription factor, or protein that regulates the expression of other genes, called Fezf2, to trigger the reprogramming. The team said Fezf2 is thought to play a critical role in the development of corticospinal neurons in the embryo.

Arlotta said the discovery "tells you that maybe the brain is not as immutable as we always thought, because at least during an early window of time one can reprogram the identity of one neuronal class into another."

The scientists said more research is needed to test whether such reprogramming is possible in older animals and humans, as well as to test whether the technique could be applied beyond the brain, in the central nervous system.

The study was detailed online Sunday (Jan. 20) in the journal Nature Cell Biology.