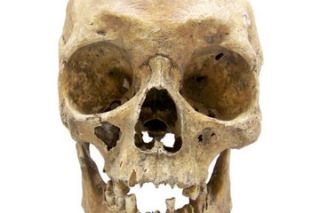 Eighteen human heads were discovered at Chicago's O'Hare International Airport in a cargo shipment from Rome. What may be most surprising about the discovery is that these shipments are apparently quite routine.

"Everybody here is 'Oh my gosh, you got a box of heads' and everybody thinks that it’s unheard of,"Brian Bell, an official with the U.S. Department of Homeland Security,told the Chicago Sun-Times. "There’s nothing against the law that says you cannot ship them, provided you have the right documentation."

The "right documentation" in this case would identify the skulls as routine medical items, according to NBC News. The heads had been shipped to O'Hare from a legitimate research facility in Italy where they were properly embalmed, wrapped and tagged as human remains.

The only reason the shipment was stopped at all, the Sun-Times reported, was a minor paperwork snafu. The skulls apparently originated in the United States, were shipped to Italy for medical research, and then were sent back for cremation shortly before Christmas 2012.

After being held up at O'Hare since December, the skulls may at last be on the final leg of their long journey: This morning, a representative from a crematory in suburban Schiller Park, Ill., arrived at O'Hare to claim the skulls.

Customs officials have, of course, seen plenty of strange shipments, from endangered species destined for the international trade in exotic pets to ancient artifacts stolen from museums. In December, a woman from Panama was busted for attempting to smuggle cocaine hidden in her breast implants.