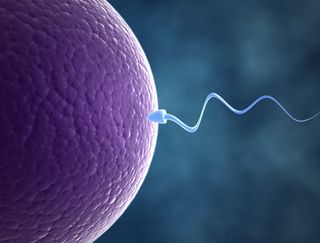 French men's sperm concentration declined between 1989 and 2005, according to a new study that also finds fewer normally formed sperm in modern French semen.

The study is one of the largest to find a decline in sperm quality, a global concern. Anecdotal reports from some sperm banks, along with some scientific studies, mostly of developed countries, suggest that something may be wrong with these little swimmers. But with little good data from before 1950 and inconsistent measurements around the world, it's tough to know for sure whether sperm really is in decline.

The new study, published Wednesday (Dec. 4) in the journal Human Reproduction, has the advantage of including more than 26,600 men over a span of more than 15 years.

"To our knowledge, it is the first study concluding a severe and general decrease in sperm concentration and morphology at the scale of a whole country over a substantial period," the authors wrote. "This constitutes a serious public health warning. The link with the environment particularly needs to be determined."

The number of healthy, properly shaped sperm also declined by 33.4 percent in the same time period, the study found. Part of that number may be due to advances in how sperm shape is measured, but improved technology can't explain the whole decline, the researchers said. [Sexy Swimmers: 7 Facts About Sperm]

The results track with a 20-year-old British Medical Journal review that found sperm counts dropped by half between 1938 and 1990 in developed countries. Israeli sperm banks have reported turning away more men recently for poor sperm quality, though other countries, such as Denmark, have found no decreases in sperm counts or quality, according to studies done on their male populations.

The French results may not generalize to other nations, the researchers said, but they are cause for alarm. When a man has a count below 55 sperm cells per milliliter, it can take longer for that couple to conceive, study researcher Joëlle Le Moal, an environmental health epidemiologist at the Institut de Veille Sanitaire in Saint Maurice, France, said in a statement.

Environmental factors that influence sperm count may include endocrine-disrupting chemicals, which influence the body's hormones; epigenetic changes (changes not in the genome, but in the regulation of the genome, that can be passed down through generations); and obesity.

Le Moal said she hoped her research team's warning would promote research and monitoring of sperm counts on an international level. She and her team plan to implement a monitoring system at clinics in France, she said.

"Our example could help other countries to implement their own systems," Le Moal said. "International monitoring systems could be a good idea to understand what is happening on human reproductive outcomes around the world, and evaluate public health actions in [the] future."