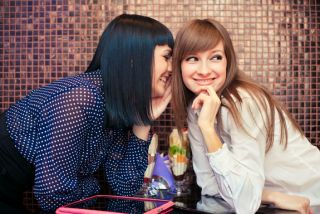 Anxiety over genital appearance may plague some women, but surgery may not be the answer for anatomy that is "normal."
(Image: © Shvaygert Ekaterina | Shutterstock )

Women who are not satisfied with how things look down there may seek "designer vaginas," or cosmetic surgery to beautify their genitals. However, new research suggests information available online for these women is poor and, in some cases, inaccurate.

Such procedures, which include vaginal rejuvenation, G-spot amplification and labia-shape alterations, are becoming increasingly popular among women who just don't like the way their genitals look, the researchers say.

Even so, the researchers argue these procedures have not been scientifically scrutinized. "Even cosmetic surgeons themselves have drawn parallels between the practice and the 'old Wild Wild West: wide open and unregulated,'" write the researchers online today (Nov. 21) in the journal BMJ Open.

Their new analysis of 10 websites of practices offering these procedures suggests they provide confusing information on the actual procedures, lack short- and long-term risk information and promote unsubstantiated claims of the psychological, physical and sexual enhancements tied to the procedures.

In the study, they did Google searches for "designer vagina," meant to pick up private providers of female genital cosmetic surgery (FGCS), choosing the top 10 sites that popped up (five U.S. sites and five U.K. ones).

They analyzed the sites using 16 criteria, including details about the procedures, how they are carried out, their success rates and potential risks.

Together, the sites listed 72 procedures, with many confusing terms likely referring to the same procedure. One site used "Wonder Woman" and "Mommy Makeover" to describe women undergoing several cosmetic-genital procedures at once.

Based on the proportion of text devoted to it, labiaplasty to reduce the size of labia seemed to be the most popular procedure. However, the reason behind the procedure, "labial hypertrophy," is not rooted in science, as labia vary greatly in size and shape.

All of the sites noted genital-appearance worries as reasons for surgery; these concerns included visibility of labia under tight clothing and women becoming aware of larger-than-normal labia, either by a partner or from nudity in magazines. The sites suggested surgery would make labia "sleeker" and "more appealing."

Half of the websites stated the cosmetic procedures would improve sexual pleasure, for example, as a result of improved sexual confidence and less discomfort during intercourse. Three sites suggested labial surgery would boost personal hygiene and curb infection risk, as longer labia were allegedly connected to odor, yeast infections and possible recurrent urinary tract infections.

These claims are "unsubstantiated," write the researchers, as "to date, there are no well-planned long-term prospective studies on multiple long-term outcomes of FGCS procedures."

The two websites that did indicate success rates didn't define what "success" meant, though they pegged the rates at 95 percent or 100 percent.

The researchers are not denying women experience anxiety over genital appearance or physical discomfort. However, they write, "[p]sychological complaints such as self-consciousness, anxiety and lack of sexual confidence are more appropriately addressed by psychological interventions." Rather than offering surgical solutions, they write, providers "emphasize that healthy vulvas come in all shapes, sizes and colors, that all vulval appearances are compatible with psychological and sexual wellness, and that the majority of women do not choose to surgically alter their healthy vulva."