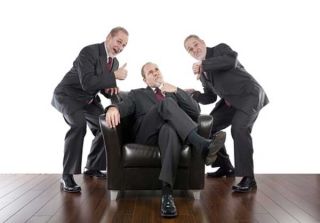 No matter if it's positive encouragement or constructive criticism from your boss, feedback might actually cloud your brain and impair your ability to perform complex tasks on the job, new research suggests.

"People typically think that any form of feedback should improve performance in many tasks, and the more frequently it is given the better performance will be," said lead researcher Magda Osman, a cognitive psychologist at Queen Mary, University of London.

"However what needs to be considered is how complex the task is in the first place, because this will determine how much feedback will actually interfere with rather than facilitate performance."

In Osman's study, published in the journal Frontiers in Neuroscience, about 100 participants were given a task of choosing how best to either predict or control a baby's state of health.

"The kind of task people had to perform was difficult and demanding," Osman said, explaining that when people received either positive or negative feedback, they were overloaded with too much information and distracted them from making a good decision.

"We found that people's performance got worse when they had to make sense of the feedback they were given while also performing the main task," Osman said in a statement from Queen Mary.

She said her research suggests that managers should be wary of the type of feedback they are giving their staff and should consider whether their employees would be better off in some cases to analyze complex problems on their own.

And millennials might want to take note. A recent survey found that 80 percent of Gen Y workers want regular feedback and recognition from their bosses. But Osman's work suggests the attention they crave might actually hurt their performance in some scenarios.