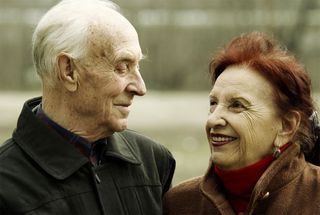 Middle-age and older women with diabetes are more likely to report problems with sex, even though they are just as interested in sex, and having just as much, as non-diabetic women, new research finds.

Low rates of sexual satisfaction because of difficulty with lubrication and orgasm is especially prevalent among diabetic women taking insulin, the study suggests.

Researchers from the University of California, San Francisco surveyed 2,270 American women ages 40 to 80 about their sex lives, asking about their level of desire, frequency of sex, overall satisfaction and specific sex problems.

Among the participants, 21 percent had diabetes, and of those, 6 percent were taking insulin, according to a statement from UCSF.

An analysis of the responses found no significant differences in desire or frequency of sexual activity between diabetic and non-diabetic women—a finding consistent with previous research about the sex lives of older diabetes patients.

What’s more, women being treated with insulin were more than twice as likely to report low overall sexual satisfaction in the study, published in the journal Obstetrics and Gynecology.

Diabetes—estimated to affect more than 10 percent of American women—can cause vascular changes in the urogenital tissues, which can disrupt lubrication, and changes in genital arousal response.

The researchers believe sexual function might also be diminished by diabetes medications.

"Based on this research, clinicians may want to consider assessing diabetic women for sexual problems, particularly among those taking insulin,” said Kelli Copeland, lead author of the study.

Complications including heart disease, stroke, renal dysfunction, and peripheral neuropathy were associated with at least one sex problem for all diabetic women. Accordingly, Copeland recommended that these women could be counseled about preventing such complications to help preserve their sexual function.