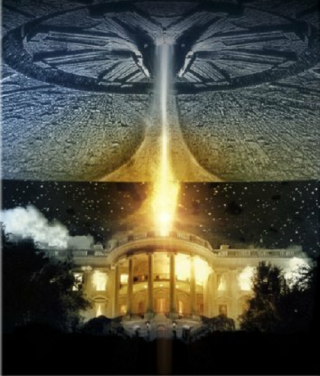 A new survey finds that 80 million Americans, or 36 percent of the population, believe UFOs are real. One in 10 respondents say they have personally witnessed an alien spaceship. And if aliens were to invade the country sometime in the next four years, 65 percent of survey respondents said President Obama would be better suited for handling the invasion than Republican presidential candidate Mitt Romney.

The market research company Kelton Research conducted the survey by polling a nationwide sample of 1,114 Americans ages 18 and older, who were representative of the demographics of the nation as a whole. The survey was commissioned by the National Geographic Channel to promote its new series "Chasing UFOs."

Mysterious flying objects, and other unexplainable skylights, have long enticed the human imagination, from Roswell rumors to alien conspiracies on The X-Files. Have you ever seen a UFO? Do you believe the truth is out there?

UFO Quiz: What's Really Out There

More surprisingly, the new NatGeo survey found that a whopping 79 percent of people think the government has kept information about UFOs a secret from the public, and more than half (55 percent) believe there are real-life "Men in Black"-style agents who threaten people who spot UFOs.

Regardless of the government's methods, Obama won out over Romney in the category of readiness to deal with an alien invasion. Incidentally, many survey respondents picture that invasion as an "Independence Day"-style attack on Washington, D.C.: Nearly one in five think the nation's capital is the most likely landing zone for a UFO.