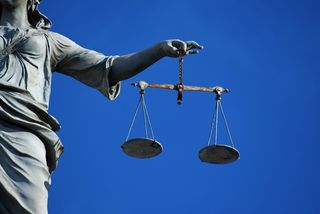 Hell has its benefits. A strong belief in fiery punishment is good for a country's crime rates, indicates a new study that looked at religious belief and crime data from around the world.

While the researchers found stronger belief in hell was linked to less crime, the opposite turned out to be true for a belief in heaven. This suggests countries where citizens put more stock in heaven than in hell suffer from higher crime rates, and the bigger the gap, the worse the crime, the analysis revealed.

The findings fit with growing evidence that belief in supernatural punishment is a cultural innovation that spread across ancient societies, because it effectively motivated people to cooperate and suppress anti-social behavior, the research team writes in research detailed earlier this month in the journal PLoS ONE.

The researchers, Azim Shariff from the University of Oregon and Mijke Rhemtulla of the University of Kansas, drew upon survey data collected from 143,197 people in 67 countries between 1981 and 2007. The surveys asked people if they believed in "Heaven," "Hell" and "God." They calculated crime rates using United Nations statistics on crimes from human trafficking and homicide to auto theft and burglary. [The 10 Most Destructive Human Behaviors]

This shows religious belief does not have a uniform effect on people's behavior, Shariff said in a statement.

"Once you split religion into different constructs (a belief in hell versus heaven, for example), you begin to see different relationships. In this study, we found two differences that go in opposite directions. If you look at overall religious belief, these separate directions are washed out and you don't see anything. There's no hint of a relationship."

As for why beliefs in heaven and hell are linked with crime, the researchers have some ideas.

"At this stage, we can only speculate about mechanisms, but it's possible that people who don't believe in the possibility of punishment in the afterlife feel like they can get away with unethical behavior," Shariff said in a statement. "There is less of a divine deterrent."