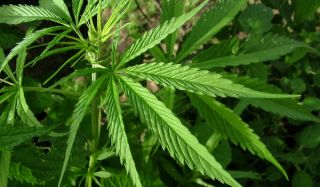 The legalization of medical marijuana in several states had no impact on high school students’ likelihood of experimenting with the drug, a new study suggests.

Researchers looked at marijuana use among youth between 1993 and 2009, a time when 13 states legalized the drug for medical use. They found no correlation between legalization of the drug and increased use among teens in a given state.

In fact, slight drops in teen use were seen in some states where marijuana was legalized.

"We are confident that marijuana use by teenagers does not increase when a state legalizes medical marijuana," said study researcher D. Mark Anderson, assistant professor of health economics and risky behavior at Montana State University.

The researchers used data from the Youth Risky Behavior Survey, conducted by researchers at the Centers for Disease Control and Prevention. The survey collects self-reported data from a nationally representative sample of high school students on various risky behaviors.

The researchers looked at how legalizing marijuana affected youth rates of frequent marijuana use, marijuana use at school, alcohol use and cocaine use. No correlation was seen between legalization and any of these substance use questions.

Today, 17 states along with the District of Columbia have approved medical marijuana use, while seven states have similar legislation pending.

The study was funded by the Institute for the Study of Labor, a private, nonprofit research institute in Bonn, Germany.

Pass it on: The legalization of medical marijuana has likely had little impact on teenagers’ drug use.