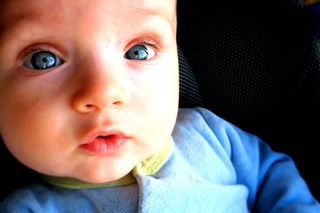 Spacing out a child's vaccination schedule has become a trend among parents wary of vaccines. A study published online today in the journal Pediatrics shows that 9.5 percent of Portland, Ore.-area parents didn't follow the recommended vaccine schedule for their children between birth and 9 months in 2009, triple the 2.5 percent in 2006.

What's the problem with limiting the number of shots per doctor's visit? Many kids don't end up with all the required shots.

"Most delayers never ended up receiving all the recommended vaccines," reports Time Magazine. Although the Portland babies with delayed shots had been to the doctor more often than those following the recommended schedule, they had received an average of 6.4 injections instead of the 10.4 their peers had. That accounts for some of the 16 percent of Oregon 2-year-olds who are not caught up with their vaccinations.

"All those extra appointments to get immunizations is costly either to families or insurance," Dr. Rodney Willoughby, a member of the American Academy of Pediatrics committee on infectious diseases and a professor of pediatrics at the Medical College of Wisconsin in Milwaukee, told HealthDay. "Second, the vaccine schedule is far from random. It's based on years of basic research, animal studies and clinical trials that look at what age kids will have the optimal immune response and therefore get the greatest level of protection and at what age they're most at risk from serious complications or death if they contracted one of the diseases."

Lead author and epidemiologist Steve Robison agrees, adding that the antibodies that babies have at birth offer protection that could interfere with vaccines taken at the wrong time.

Researchers aren't sure whether the Portland data can be extrapolated to the U.S. population in general. They cautioned that the population in the Portland area has a high rate of parents who ask for exemptions from vaccines when their children enter school, Med Page Today noted.