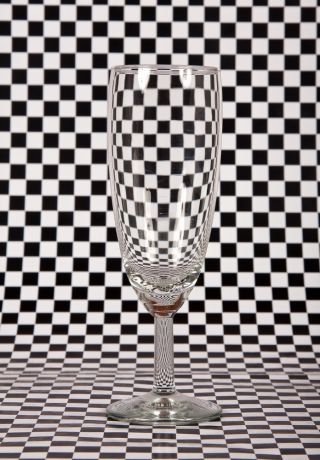 Participants who read vignettes on a background of black and white became more judgmental than when reading the story on a plain background.
(Image: © Alta Oosthuizen | Shutterstock)

CHICAGO — Black-and-white judgments may be more literal than you might expect. A new study finds that people who view information on a black-and-white background are less likely to see gray areas in moral dilemmas than those who get the information alongside other colors.

The background, which participants weren't aware was of interest in the experiment, did not push people to become either more lenient or more severe, researchers reported Friday (May 25) here at the annual meeting of the Association for Psychological Science. Instead, it took people's natural tendencies toward leniency or severity and intensified them — in other words, their judgments became more black-and-white.

The findings add to a number of studies that find metaphors can often translate to literal, real-world behavior. For example, people who are holding a warm beverage view strangers as warmer. And when people remember a time they got the cold shoulder, they feel, you guessed it, physically colder.

"We now find that judgment style can also be influenced by metaphors such as black-and-white thinking," said study researcher Simone Schnall, a psychologist at the University of Cambridge. [Top 10 Mysteries of the Mind]

Schnall and her colleagues conducted a series of five experiments investigating both the black-and-white metaphor and the effect of "balance." In the first, they recruited 111 participants online through Amazon's crowd-sourcing website Mechanical Turk. Each participant read the fictional story of Heinz, a man forced to steal life-saving medication for his wife's cancer because he couldn't afford the drugs. After reading the story, the participants rated how moral Heinz's actions had been.

In some cases, participants saw this tale bordered by a black-and-white checkerboard. Others say a gray border. A third group saw a yellow-and-blue checkerboard.

The results revealed that people reported stronger judgments — both on the moral and immoral sides of the rating scale — when they had read the story against a black-and-white background. There was no difference between the gray and the colorful checkerboard.

"People gave more polarized judgments when they saw some black-and-white checkered background that was in principle irrelevant and incidental," Schnall said.

In a second study, the researchers used the same checkerboard backgrounds and asked questions about the morality and immorality of various behaviors, such as smoking. A new group of 130 online volunteers participated. They, too, made stronger judgments when they answered the questions against a black-and-white background.

In the final three studies, Schnall and her colleagues turned to another metaphor: the scales of justice. They were interested in whether subtle clues of "balance" would likewise skew people's judgments. This time, they asked participants questions about fairness as well as neutral questions. For example, one question had participants read a story about an athlete who gave blood for research and was promised anonymity. The athlete was then prohibited from playing when a banned drug was found in the blood. Participants had to say how fair the punishment was.

In some cases, the researchers subtly tilted the words on the screen, so the questions looked like they came from a subtly skewed photocopy. In other cases, the words were nicely parallel. [Gallery of Visual Illusions]

As with the black-and-white background, the imbalanced words triggered stronger judgments, either pro or con, for the fairness stories. This polarization did not occur in response to morally neutral questions, suggesting that something about the balance and imbalance was prompting people to make firmer judgments.

The research still has to undergo peer-review before publication in a scientific journal, but it meshes with earlier research that suggests our symbols can influence our behavior. For example, multiple studies have found that physical cleanliness and morality are linked in people's minds.

Schnall said that in a less-controlled environment than an experiment, lots of different cues might subtly feed into people's moral judgments. Something like whether you read a news story on a black-and-white website versus a colorful one — or whether you hear a slogan like Fox New's "Fair and Balanced" before watching the news — would likely have only subtle effects, she said. Nonetheless, Schnall said, all these little hints might "add up" to sway our judgments in ways we don't even notice.