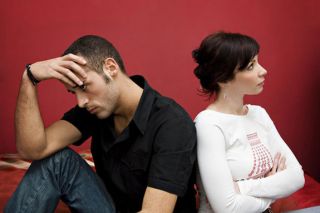 Women can be difficult to understand, some men say, but new empathy research indicates that to keep a woman happy, their partners just need to try to understand their emotions, not necessarily succeed at it.

Men, on the other hand, just want to know whether their significant other is happy. If they notice that their partner is unhappy, and is possibly about to initiate a split, the thought decreases their relationship happiness. Women's happiness, however, is not dampened by a partner's dissatisfied emotions.

"It could be that for women, seeing that their male partner is upset reflects some degree of the man’s investment and emotional engagement in the relationship, even during difficult times," study researcher Shiri Cohen of Harvard Medical School, said in a statement.

So, the fact their partner is experiencing any emotion, even a negative one, is still good news to women, Cohen said: "This is consistent with what is known about the dissatisfaction women often experience when their male partner becomes emotionally withdrawn and disengaged in response to conflict."

Researchers studied 156 couples (102 younger couples from Boston and 54 older, suburban couples), all in committed relationships. Seventy-one percent of couples were white, 56 percent were married, and couples had been together for 3.5 years on average.

The participants described and discussed a recent argument with their partner. The researchers recorded this discussion and picked 30-second clips of negative and positive emotions from each partner. The clips were played back and the participants answered questionnaires about their own feelings, what they thought their partner was feeling, and their relationship satisfaction.

The accuracy of these estimations really only came into play when men were asked about their emotional happiness: Men who accurately guessed their partner's happy feelings were more satisfied with their relationships. Men who accurately understood their partner's negative emotions, which can signal an impending breakup, had lower relationship satisfaction. [10 Facts About a Man's Brain]

"When working with couples, it seems particularly important for therapists to help both partners, especially males, heighten the empathic connection around reading one another’s positive emotions," the researchers write in the Feb. 27 issue of the Journal of Family Psychology. "Helping partners attune to negative emotions may be particularly important, especially for women, as understanding a partner’s distress may foster healthy repair of connection."