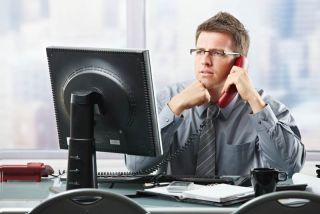 Scientists are discovering a string of ill effects linked to sitting and inactivity.
(Image: © StockLite | Shutterstock)

A doctor at the Mayo Clinic in Rochester, Minn., calls it the "sitting disease," likening the ill effects of inactivity that doctors are still discovering to the discovery of the side effects of smoking.

Dr. James Levine helped initiate a new study at a small company in Minneapolis. "Work-fit" stations replaced 30 desks, so employees can now sit or stand while working. Levine himself has been walking on a treadmill while he works for years. The study, and a handful of similar studies world wide, are ongoing.

BLOG: Exercise at Work While Sitting on Your Bum

"Researchers have linked sitting for prolonged periods with a number of health problems and premature death from cardiovascular disease," Levine wrote on the Mayo Clinic website.

The solution, Levine said, is not extra gym time, which doesn't seem to offset the risk.

"Rather, the solution seems to be less sitting and more moving," he wrote. "Simply by standing, you burn three times as many calories as you do sitting. Muscle contractions, including the ones required for standing, seem to trigger important processes related to the breakdown of fats and sugars. When you sit down, muscle contractions cease and these processes stall."

BLOG: How to Work in a Workout While You Work

Researchers at the University of Missouri asked people who usually exercise to spend three days in a sedentary lifestyle. Although they ate the same foods, their blood sugar spiked after meals, increasing by about 26 percent compared with their blood sugar levels when they exercised.

"You don't have to run marathons," John P. Thyfault, an associate professor of nutrition and exercise physiology at the University of Missouri, told the New York Times. "But the evidence is clear that you do need to move."