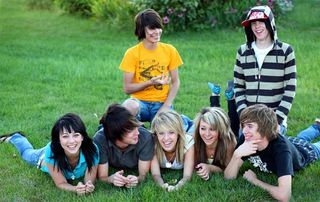 The study showed that one in 12 teens deliberately harms themselves, but less than 1 percent continue to engage in self-harm by age 29.
(Image: © Dreamstime)

Although about one in 12 teens deliberately harms themselves, the vast majority stops this behavior prior to adulthood, a new study shows.

Following 1,800 survey subjects, the researchers found that of the 136 who reported harming themselves as teens, 90 percent reported no further self-harm as young adults. Less than 1 percent of the study’s participants engaged in self-harm by age 29.

"Our findings suggest that most adolescent self-harming behavior resolves spontaneously," researchers Paul Moran, of the Institute of Psychiatry at King's College London, and George C. Patton, of the Murdoch Children's Research Institute in Melbourne, Australia, wrote in the study.

The study was published on Nov. 16 in the journal The Lancet.

The survey showed that 10 percent of the teen girls and 6 percent of the teen boys reported self-harm. Self-harming behavior included cutting, burning or hitting oneself, as well as purposely poisoning or overdosing. Cutting and burning were the most common forms of self-harm among the teens.

The researchers studied adolescents in Victoria, Australia, from 1992 to 2008. The participants' average age was 15 when the study started and 29 at the study's final follow-up.

The study suggests that continuing self-harm is more common among young women. Of the 14 participants who continued their self-harming behavior into young adulthood, 13 were female.

No single form of self-harm predominated among the young adults.

Reassuring for some, a warning for others

The results "will offer some reassurance to parents of adolescents who self-harm, and to health and educational agencies," wrote Keith Hawton, director of the Centre for Suicide Research at the University of Oxford, and Rory C. O'Connor, of the University of Stirling's Suicidal Behavior Research Group in the United Kingdom, in an editorial accompanying the study.

Yet the findings raise important questions about how self-harm that persists into adulthood might be prevented, as well as concerns about self-harm and suicidal behavior that begins in early adulthood, according to Hawton and O'Connor.

Pass it on: About one in 12 young people self-harm as teens, but 90 percent stop self-harming as they enter adulthood.