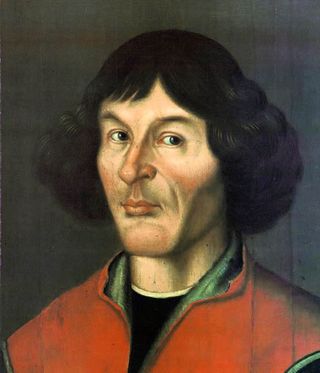 The periodic table of elements just got a bit heftier today (Nov. 4), as the names of three new elements were approved by the General Assembly of the International Union of Pure and Applied Physics.

These elements are so large and unstable they can be made only in the lab, and they fall apart into other elements very quickly. Not much is known about these elements, since they aren't stable enough to do experiments on and are not found in nature. They are called "Super Heavy," or Transuranium, elements.

The General Assembly approved these name suggestions proposed by the Joint Working Party on the Discovery of Elements, which is a joint body of IUPAP and the International Union of Pure and Applied Chemistry (IUPAC).

Temporarily called ununbium, copernicium, the new element 112, was named for Polish astronomer Nicolaus Copernicus (1473-1543), who first suggested that the Earth revolves around the sun, not the other way around, and starting the "Copernican Revolution." In a statement released in July 2009, Sigurd Hofmann, head of the discovery team at GSI Helmholtz Centre for Heavy Ion Research in Germany, said they named the element after Copernicus "to honor an outstanding scientist, who changed our view of the world."

Hofmann and his colleagues first created a single atom of this extremely radioactive element on Feb. 9, 1996, by smashing together zinc and lead. Since then, a total of about 75 atoms of copernicium have been created and detected. It wasn't until 10 years after the discovery and multiple repeat experiments that the working group recognized element 112.

Roentgenium, after a modern physicist

Element number 111, officially renamed roentgenium by the General Assembly, was originally discovered in 1994 when a team at GSI created three atoms of the element, about a month after their discovery of darmstadtium, on Dec. 8. The working party needed a repeat performance to officially name the element, so the team repeated its experiment in 2002 and made three more atoms.

Roentgenium was named after German physicist Wilhelm Conrad Roentgen (1845 – 1923), ridding itself of its temporary name unununium, Roentgen was the first to produce and detect X-rays, on Nov. 8 1895. He won the Nobel Prize in physics in 1901 for the work. [Nobel Prize in Physics: 1901-Present]

Darmstadtium, the new element 110, which took the temporary name ununnilium, was first synthesized on Nov. 9, 1994, at the GSI facility near the city of Darmstadt. It was discovered by Peter Armbruster and Gottfried Münzenberg, under Hofmann's direction. It was created by crashing a heavy isotope of lead with nickel-62, which created four atoms of darmstadtium. The experiment was repeated with nickel-64, creating nine more atoms.

Robert Kirby-Harris, chief executive at the Institute of Physics and secretary-general of IUPAP, said, "The naming of these elements has been agreed in consultation with physicists around the world and we're delighted to see them now being introduced to the Periodic Table."

Editor's Note: This article was updated to reflect that Copericus's nationality was Polish, not Russian.