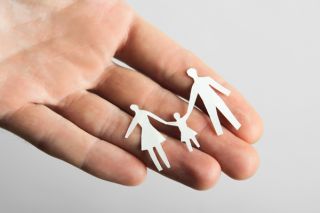 The world population is projected to hit a whopping 7 billion by the end of this month, and researchers suggest it could reach 10 billion within the next century. On the one hand, this means we're a great success — after all, the goal of any species is to expand and conquer. But, on the other hand, all that expansion means more mouths to feed, which requires more space and energy, which increases the demand on resources and the environment, perhaps too large a demand for Earth to support.

So Life's Little Mysteries asks: How can we curb this growth? Should there be a global one-child policy, like the one enforced in China?

One child per family

In 1979, in response to two decades of rapid population growth the Chinese government announced a policy that limited each family to just one child (although there are exceptions). The worry was that if growth continued at such a pace, it would be a crushing burden to both society and the economy. [How Many People Can the World Support?]

In terms of limiting population growth, the policy was successful, cutting China's population by an estimated 250 million to 300 million people, according to Chinese authorities. But this success came with a price. Reports of forced abortion and sterilization abound. And, because of a preference for male children in China, sex-selective abortions have skewed the country's male-female birth ratio from the natural biological ratio of 105 to 100 to 121 to 100, resulting in millions more young men than women. Socially, the consequences range from mental health problems to kidnapping and trafficking women for marriage.

Social questions aside, does a global one-child policy make sense?

"I don't think that's a good idea, frankly," said John Bongaarts, vice president of the Population Council, a global nonprofit and NGO. "First of all, nobody's going to accept it. There's been a massive outcry over the one-child policy in China as coercive, and there's not a single person that I know that would support it. Plus, you don't really want the fertility to decline to one child per woman, because you end up in the same problems as Japan has now, and nobody wants that."

The world's population may be growing, with an overall fertility of 2.5 births per woman, but it isn't increasing at an even rate worldwide. Fertility rates in Japan and throughout Europe, for example, are very low, at just 1.4 and 1.6 births per woman, respectively. In other regions, the rates are high, including Africa (4.7) and parts of Asia and Latin America. The U.S. is somewhere in the middle (2.1).

The problem in nations with low fertility rates — those that have rates so low that they won't replace the current population — is that there are far more old people than young people, which means there is a greater burden on those young people to financially and socially support their elders. Japan currently struggles with this, and China is about a decade away from facing a similar situation, Bongaarts said. If the worldwide fertility rate dropped to just one birth per woman, it could unbalance society and the global economy. [Eat the Old: Could Mass Cannibalism Solve Future Food Shortages?]

And, once a low fertility pattern starts, it's difficult to reverse. "Demography is not like a tap, unfortunately. It's not like turning water on and off," explained George Leeson, a demographer at the Oxford Institute of Population Aging. "Once you've turned off the tap it can be difficult to get it running again."

Rather than a one-child policy, Bongaarts advocates a three-pronged approach to reducing the fertility rates that are at unsustainable levels, and suggests that governments should adopt policies that support it. First and foremost, he says, is getting contraceptives out there and educating women on what they are and how they work.

Next is education: building schools and introducing incentives to keep girls in school is key, as women with higher levels of education tend to have fewer children (although recent research suggests that having children may affect the level of education, and not the other way around). And, finally, Bongaarts suggests a delay in child bearing, which he says can limit a mother's options if it happens at too young of an age.

There may be other solutions that aren't yet obvious to us, but that may come up as our technologies and collective knowledge increases. "I think that, if one looks at history, there's a lot of comfort to be had," Leeson said. "Historically, demographically, there have been equally challenging situations, which humankind has met and conquered and moved on. And I'm sure the case will be the same here."