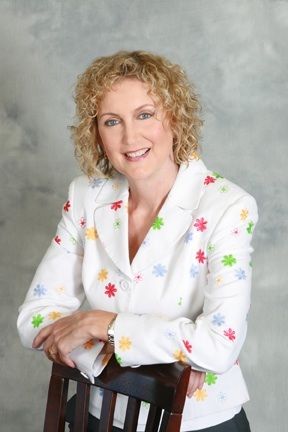 Kris Appel was a federal employee for seventeen years, working for the National Security Agency, when she realized she wanted to join the ranks of America's entrepreneurs.

Thanks to a program designed to bring scientists and engineers together with small business owners, Appel launched a new company that is now bringing hope to some of the millions of people who suffer from paralysis due to stroke.

How was Appel, a linguist by training, able to successfully navigate a major career change and become head of a medical technology company? Her first step was to resign from her job and move into the high-tech industry in order to get experience in the private sector. Her second step was to enroll in the National Science Foundation-funded ACTiVATE program offered by the University of Maryland Baltimore County.

The ACTiVATE program seeks to bring together scientists and engineers who develop new technologies with entrepreneurs who can help commercialize these new techniques and products. Launched in 2004, it quickly attracted over a half-million dollars in federal funding from NSF's Partnerships for Innovation Program. The goal of both programs is to help convert discoveries made through federally-funded scientific research into innovations and marketable devices that benefit the economy and society as a whole.

Appel joined ACTiVATE in 2006 and was quickly matched with a group of scientists and medical doctors at the University of Maryland Medical School who developed a device to help people with stroke-induced arm paralysis. The investigators carried out controlled scientific studies that showed how their method — which used the Bilateral Arm Trainer with Rhythmic Auditory Cueing (BATRAC) device — significantly improved function in stroke patients suffering from the loss of function in one side of the body, also called hemiparesis.

Hemiparesis is by far the most common limiting symptom resulting from a stroke, affecting 80 percent of stroke survivors. The BATRAC method is specifically aimed at the loss of function in one arm, and tackles the problem by literally retraining the brain. The BATRAC device requires the patient to use both arms to carry out the motion of reaching forward for an object and bringing it in toward the body. The movement is "cued" by a rhythmic auditory signal that apparently entrains the motor cortex of the brain.

In a study published in 2000, the developers of the BATRAC method reported significant improvement in the use of the affected arm with as little as one hour of training per week for six weeks. This initial study showed improvement from 12 percent to 26 percent on two different motor improvement scales. The study subjects were also asked to assess their ability for daily use of the affected arm in everyday tasks, and this self-assessment revealed an even higher rate of improvement, up to 43 percent after training.

The BATRAC investigators conducted further studies that compared BATRAC results to a more commonly used method of physical therapy — a technique referred to as dose-matched therapeutic exercises, or DMTE.

In a report published in the Journal of the American Medical Association, functional magnetic resonance imaging scans were gathered from subjects in a study that compared BATRAC and traditional training techniques. Blood oxygenation-level dependent scans were made of the entire brain as the subjects moved the unaffected arm first, and then the paralyzed one. The scans were taken before and after training with the two methods.

Since beginning her collaboration with developers of the BATRAC device, Appel has launched a company, Encore Path, Inc., through which she has licensed and is marketing a device based on the BATRAC method. The device, called Tailwind, costs about $3,000 and comes with a training course; it can be used at home and is covered by some insurance plans.

Appel's research continues and she is now working with doctors on a new device to extend the treatment to paralysis in the legs, promising to help many more thousands of people who suffer from the debilitating effects of stroke.