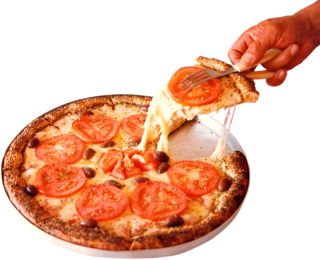 Whether you turn to buttery mashed potatoes, extra cheesy pizza or a juicy pot roast, there's a reason why fatty comfort food is so, well, comforting. Ingesting fat can lessen feelings of sadness, affecting both our behavior and our neural responses to negative emotions, a new study shows. To record how eating fat influences mood, researchers in Belgium enlisted 12 healthy, non-obese people, who agreed to fast for 12 hours, have feeding tubes connected directly to their stomachs, and submit to brain scans. During the 40-minute fMRI scans, the researchers from the University of Leuven played sad or neutral pieces of classical music and showed participants images of facial expressions depicting either sad or neutral emotions. Three minutes into the scan, the researchers administered a solution through a feeding tube. Half of the participants received 8.45 fluid ounces (250 milliliters) of dodecanoic acid, a fatty acid found in breast milk, Twinkies and many vegetable oils. The remaining group got a 0.9 percent saline liquid. [7 Biggest Diet Myths] At four points during the fMRI scanning, participants were asked to rate levels of hunger, fullness or nausea using a 9-point scale. They also rated their moods. Those who'd received the fatty acid solution reported less of a negative response to sad emotion than those who received the saline solution. The findings showed no differences in feelings of hunger, fullness or nausea between the recipients. The researchers said that our emotions affect the hunger and satiety signals that the gut sends to the brain, and these play a crucial role in what, and how much, we choose to eat. The researchers noted that people reported feeling hungrier when sad emotions were evoked, and less hungry during neutral emotion conditions. When sad, people were also more likely to report feeling less full than when they were feeling emotionally neutral. The findings may provide insight into health and mood problems such as obesity, depression, emotional overeating, eating disorders and functional dyspepsia, a disorder marked by abdominal discomfort or pain, the researchers said. The study was published in the August issue of the Journal of Clinical Investigation.