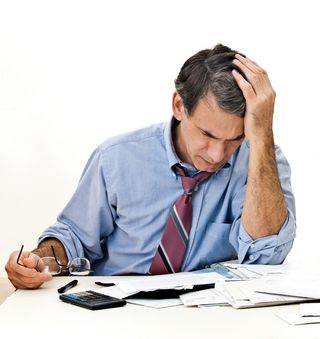 Once considered a potentialfinancial death sentence, filing for bankruptcy now is proving to be a chance at financial redemption, according to a new study.

With bankruptcy counseling now federally mandated, people who formerly were buried in financial burdens now are learning the necessary skills to better manage their money and avoid future fiscal problems. The study measured the impacts of the counseling and education requirements mandated by the Bankruptcy Protection Act of 2005by tracking debtorsthrough the entire bankruptcy process.

With proper education and counseling, there is life after bankruptcy, said study leader Angela Lyons, an economist at the University of Illinois.

"We definitely saw strong improvement in their [the debtors] behavior," Lyons told LiveScience. "They were able to put into practice the things they learned in these courses."

The Bankruptcy Protection Act calls for both pre- and post-bankruptcy counseling to help determine if filing is even necessary and, if it is, what steps need to be taken to repair the debtors’ financial position.

During her research, Lyons said she saw firsthand the debtors’ applications of things they’d learnedin counseling, including:

"That'’s not to say people aren’t facing problems post-bankruptcy," Lyons said. "But, they wanted to start implementing good (financial) behaviors, and they have started doing that."

The findings will be detailed in a report due out this spring from University of Illinois and Money Management International.

Osterland’s biggest tip is to take a close look at your monthly budget.

"We want to get clients set up for a good foundation moving forward," she said.

Track all income and expenditures for at least a month to understand where each dollar is going, Osterland said. From there, it’s easy to categorize the items and see where cuts can be made.

"Seeing that in writing can be really eye-opening," she said of the budgeting process. "It is a great way to keep track of those expenses that seem to get away from us."

While filing for bankruptcy is not a decision to rush into, Osterland said it is critical not to wait too long, either. Many times, she said,debtors don’t consider filing for bankruptcy until it gets to the point of garnishing wages or foreclosure, both of which can cause even more financial problems.

"If you feel it might be right for you, it is important to speak with a bankruptcy attorney," Osterland advised. "They can look at everything and help a client determine if filing for bankruptcy is the right step."

Despite the study's positive findings, Lyons said there still are huge hurdles for many debtors to clear before they are out of serious trouble.

"To think counseling and education is the be-all, end-all is probably a bit unrealistic," Lyons said. "But to see the types of impacts we did see was very promising."