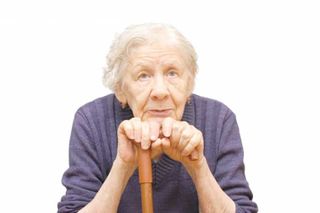 The average life expectancy in the United States increased by about ten weeks from 2008 to 2009, according to a new report.

Life expectancy grew to 78.2 years, according to the preliminary report released yesterday (March 16) by the Centers for Disease Control and Prevention. It had been 78 years in 2008.

Because the report is preliminary — a final report is expected later this year — it's impossible to speculate on why life expectancy rose from 2008 to 2009, said study researcher Ken Kochanek of the National Center for Health Statistics.

Men, whose life expectancy had been five years shorter than women's, narrowed the gap slightly. U.S. males could expect to live to 75.7 years on average, up from 75.5 years in 2008, while expectancy for women increased to 80.6 years from 80.5.

The study found that white females lived the longest in 2009, followed by black females, white males and black males.

All other leading causes of death remained the same as they were in 2008. The top five were heart disease, cancer, chronic lower respiratory diseases, stroke and accidents.

Kochanek said the 2008 National Vital Statistics Report incorrectly listed life expectancy for 2008 as 77.8 instead of 78 due to a data error. That error was caught and corrected for the 2009 report, he said.

Pass it on: Life expectancy in the United States increased slightly from 2008 to 2009.